The Night the Trees Fell 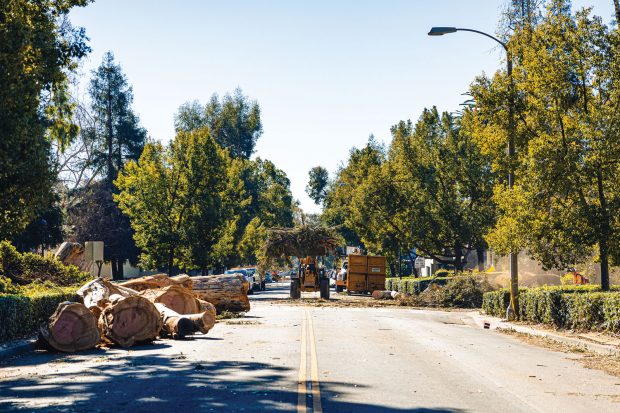 The winds roared, the lights went out and the great trees came down, one after another.

Ronald Nemo, Pomona’s longtime grounds and landscaping manager, was on the scene by 6:30 a.m. after an unnerving Friday night in January brought the worst windstorm to rip through Claremont and the region in many years.

Nemo quickly shut off water flowing near Marston Quad after the lifted roots of fallen trees burst pipes. A once-towering eucalyptus lay across College Avenue. Stover Walk was covered in a tangle of branches; Clark I had taken minor damage from a pine.

In all, Pomona lost 17 trees, with hundreds more down across the city. The native coast live oaks, Pomona’s most prevalent tree, took the most losses on campus. Notable among the fallen were five oaks dating back to the early 1900s and now gone from along Stover Walk, where for decades they helped shade graduating seniors lined up for Commencement ceremonies. (The Wash, home to Pomona’s oldest oaks, was largely unscathed.)

Nemo, his crew and outside contractors called in to help set right to work on cleanup. He was grateful that nobody was injured, as he remembers the tragedy of 1998, when a eucalyptus fell on a car on College Avenue, killing two Pomona students. Nemo notes Pomona today has an extensive tree management program, with a regular cycle of inspections.

The trees lost in the January storm amounted to a tiny fraction of the 4,000 or so on campus. But they were concentrated in familiar spots such as Marston, and the sudden change in the landscape stunned many Sagehens.

Directing the cleanup along Stover, Nemo was philosophical regarding the plants: “The trees have a lifespan,” he says, “just like everything else.”

They will find a new purpose. Some of the timber is going to sculptor and Professor of Art Michael O’Malley, who recently taught a Critical Inquiry class, Trees and Wood. He too was on campus the morning after the windstorm.

O’Malley notes that because of their age, the trees downed in the wind are a size that makes them rare. Most will be used in his Wood Sculpture course and, if possible, for a few benches for the campus. The hope, he says, is to find a way for the wood to be shared and celebrated by the community.

What can’t be used for other purposes will become mulch to feed the landscape, according to Nemo.

Replacement trees will be chosen with care, Nemo promises, with some campus plantings set for April 29, which is both Arbor Day and the first full day of Alumni Weekend 2022. Time will bring new trees and new memories. 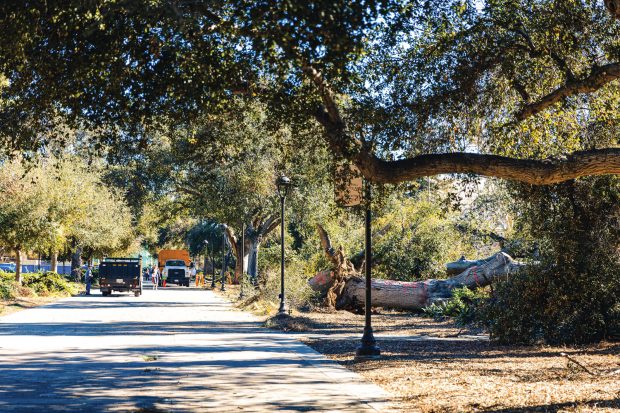 For more on the history of Pomona’s trees, see the 2014 PCM story “The Tale of the Trees”. 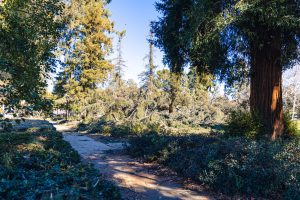 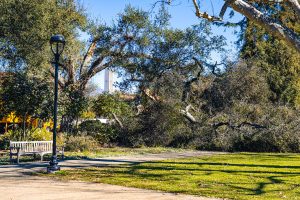 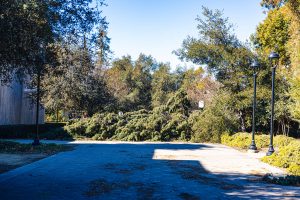 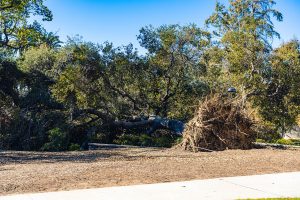 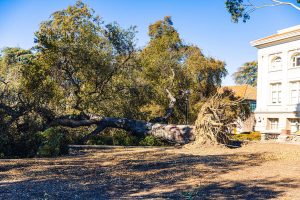 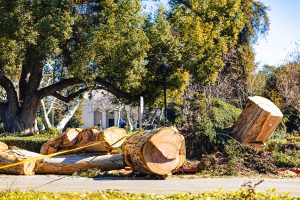 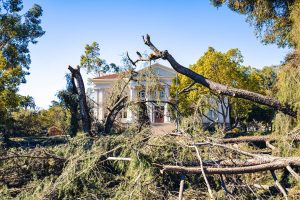 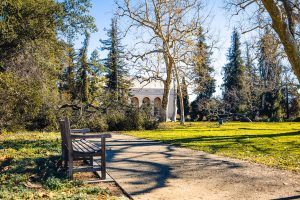 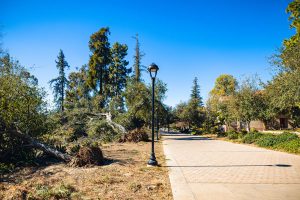 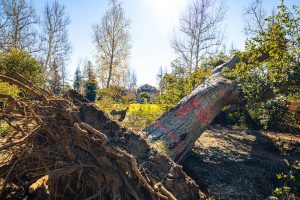 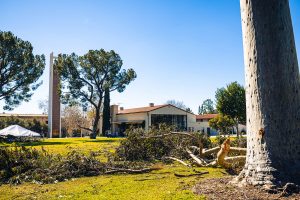 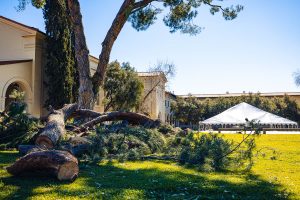