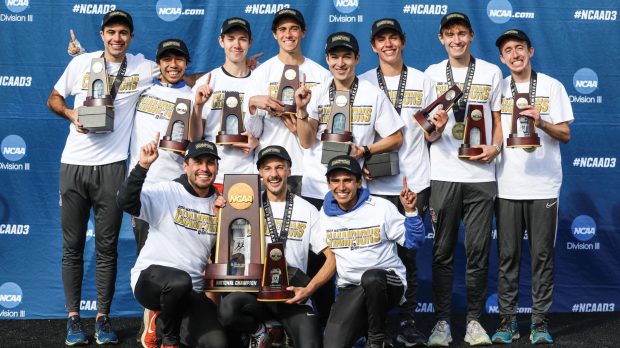 The sophomores on Pomona-Pitzer’s men’s cross country team were fired up for a repeat national championship last November—even though they weren’t on the Sagehens team that won the 2019 NCAA Division III title.

“When we got to the course, I remember Derek Fearon was like, ‘We can win this,’” says Ethan Widlansky ’22, who led the team to the 2019 title with a seventh-place national finish. “I was like, ‘It’s hard. It’s going to be tough.’ But they had that confidence and vision. And I think that was the energy that me, Dante [Paszkeicz] and Paul [McKinley] needed—the old guard, the skeptics.”

As it turned out, the rookies led the way to the 2021 NCAA title, the second in a row for Pomona-Pitzer after what amounted to a gap year for the Division III championships because of the pandemic. The sophomores spent their first year of college studying online as the 2020 season was canceled. 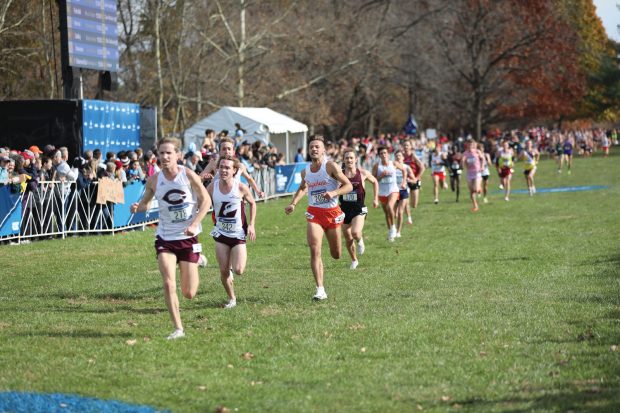 Kirkpatrick and Fearon, despite their excitement, didn’t go in feeling their best after cold symptoms set in on the flight to Kentucky.

“We were starting to cough but we had just tested so we knew it wasn’t COVID,” Kirkpatrick says. “But we were roommates and we knew whatever one of us had, we had given to the other. I think that almost gave a couple of us a little bit of an edge, like, ‘Hey, I might be a little bit sick, so there’s really not a whole lot to lose. So as we got into that last mile, all of the normal concerns of trying to preserve ourselves, those weren’t really there.”

It was a victory that stamped Pomona-Pitzer as a cross country power, even after losing 2019 National Coach of the Year Jordan Carpenter to a Division I associate coaching job at Boston University before the season. Kyle Flores, previously Carpenter’s assistant, took over the head coaching duties. After the title, he was selected national coach of the year too.

“It was an amazing day for our program,” Flores says.

Widlansky says race officials even learned to pronounce and spell the team’s name after spelling it Pamona in 2019, and at times leaving off Pitzer. Now the stage is set for more. The sophomores will be back, and Widlansky took a gap semester during the year of online instruction to return next fall for one more cross country season—and a chance at a three-peat. 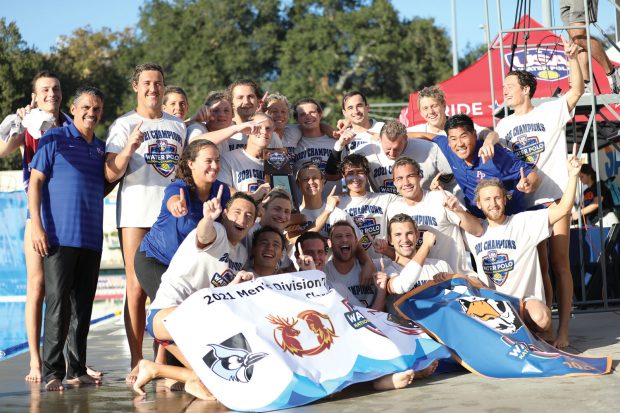 The pandemic stole the senior seasons of six players on the Pomona-Pitzer men’s water polo team during the 2020-21 academic year—a season they thought could have ended in a USA Water Polo Division III National Championship. One by one, five of them decided they wanted that year back, taking advantage of an NCAA ruling allowing athletes to return for an extra season of eligibility.

Those five “super seniors” got what they were after in early December, winning the USA Water Polo Division III Water Polo Championship in front of a rollicking overflow crowd at Pomona’s Haldeman Pool. Even better, the tournament final was against Claremont-Mudd-Scripps, making it a Sixth Street Rivalry meeting like no other.

Noah Sasaki ’21 spoke for the other December graduates after the game, players who had taken gap semesters to return for a final season.

“Very, very worth it. Worth every single second.”

The Div. III water polo national championship isn’t an NCAA title because college sports’ governing body sponsors only a single-division title in water polo, meaning that the qualifying teams from Div. III used to end up opening-round losers to Div. I powerhouses. But in 2019, USA Water Polo stepped in to sponsor a Div. III title to offer meaningful postseason competition at the non-scholarship level.

Pomona-Pitzer and CMS, the top-two ranked teams in Division III, met in the final. After winning, the Sagehens were ranked No. 16 among all college teams by the Collegiate Water Polo Assn. in a poll led by the California Golden Bears, the NCAA Div. I champions.

Goalkeeper Kellan Grant ’21, who made 17 saves in the Sagehens’ heart-pounding 13-12 overtime victory for the championship, was chosen the Div. III national player of the year by the Assn. of Collegiate Water Polo Coaches. Pomona-Pitzer’s Alex Rodriguez was named coach of the year and five other Sagehens were All-Americans, including first-team selections Dylan Elliott ’21, Noah Sasaki ’21 and Sam Sasaki ’22. It was a quite a year for the Sasakis, whose brother Ben Sasaki ’22 scored the title-clinching overtime goal after recording a hat trick in regulation.

Without the decision by the super seniors to return, the championship probably wouldn’t have happened. Grant decided to come back first, and the others followed.

“I think all of us had a desire to,” says Elliott, the SCIAC offensive player of the year for a team that swept the regular season and tournament titles without a conference loss. “Once we realized that we all had a shared desire, it made the decision a lot easier.” 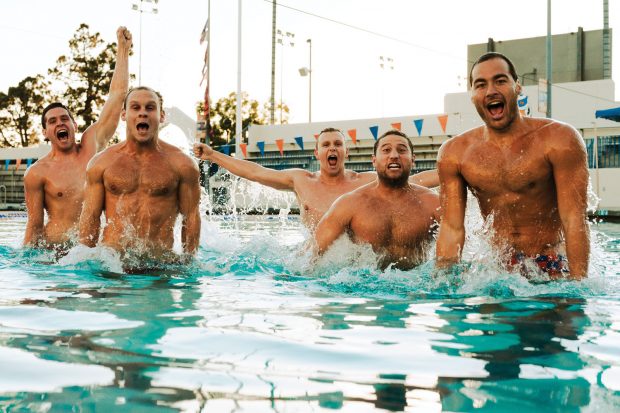