A Final Farewell for Pomona’s Ambassador of Kabuki 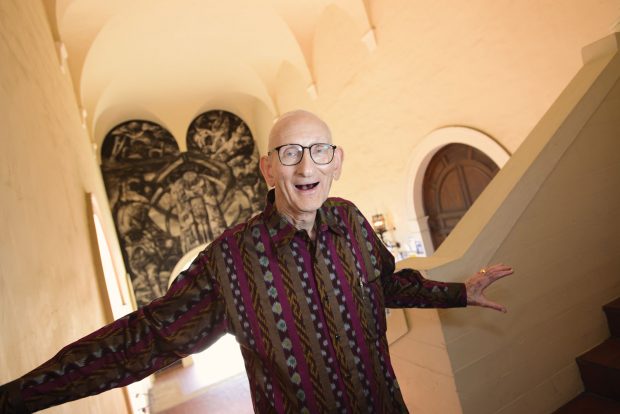 A memorial conference in honor of Leonard Pronko, a beloved member of the Pomona College faculty for 57 years and one of America’s leading experts on kabuki, is planned for April 1-3. 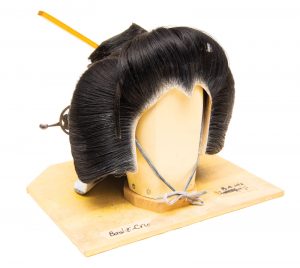 The weekend will feature an academic conference on Japanese theatre and performance as well as three performances of kabuki in English on the Seaver Theatre mainstage. Both the conference and the production are open to the public free of charge. The fully staged, English-language production of Gohiki Kanjinchō (Great Favorite Subscription List), one of kabuki’s most beloved plays, will be at 8 p.m. on April 1-2 and at 2 p.m. on April 3.

The weekend will conclude with a memorial service and reception in honor of Pronko at 10 a.m. on April 3 before the final kabuki performance that afternoon.

The scholarly gathering—Tradition and Innovation in Japanese Theatre: A Conference in Honor of Leonard C. Pronko—is planned as a hybrid event on Zoom and in person. It will feature presentations of papers by international scholars, with special support for younger scholars and graduate students in honor of the lifelong commitment to mentoring students demonstrated by Pronko, who died in 2019. In addition, the conference includes a special, live lecture demonstration by members of the Fujima Kansuma Kai Japanese Dance Troupe.

The conference is led by Carol Fisher Sorgenfrei ’69, a professor emerita of theatre at UCLA who studied under Pronko as an undergraduate, Pomona Professor of Theatre Thomas Leabhart and Mark Diaz ’22, who was Pronko’s last kabuki student and will direct and perform in the Seaver Theatre production.

“Meeting Leonard and taking his classes literally changed my life,” Sorgenfrei says. “Leonard was without doubt the most brilliant and charismatic teacher I ever studied with. Before taking his class in Modern French Theatre, I knew nothing about Japanese performance, but he showed us how Japanese and other Asian theatres had transformed modern French theatre. After that, I wanted to learn everything I could about Japan.

“This conference is a very small way that many of us who admired, loved and learned from Leonard can pass on his passions. I sincerely hope that future generations of Pomona students will continue to have opportunities to be inspired by Japanese theatre. There will never be another Leonard Pronko, but hopefully, his legacy will live on.” 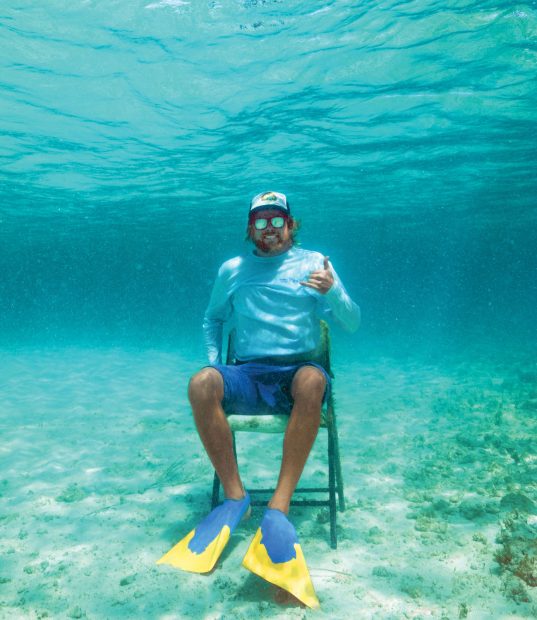 Gator Halpern ’12, who works to save the world’s coral forests, became one of the inaugural recipients of the Earthshot Prize, a global award for groundbreaking solutions to environmental challenges. The honor, presented by Britain’s Prince William and the Royal Foundation, includes £1 million prize money as well as a professional and technical network to scale up environmental solutions to repair our planet.

As president of the company Coral Vita, Halpern works with co-founder Sam Teicher from their base in the Bahamas to expand coral farming and reef restoration efforts in the face of global warming. By growing coral on land to replant in oceans, they work to give new life to dying ecosystems. The methods pioneered by Halpern and Teicher grow coral up to 50 times faster than traditional methods and improve resilience to climate change.

Five Earthshot Prize winners were selected for the first year of the awards. Halpern’s Coral Vita received the prize in the Revive Our Oceans category.

Halpern previously was recognized as one of Forbes’ 30 Under 30 Social Entrepreneurs for 2018, sharing the distinction with Teicher. The two met while earning master’s degrees in environmental management from the Yale School of Forestry and Environmental Studies, where they received Yale University’s first Green Innovation Fellowship. 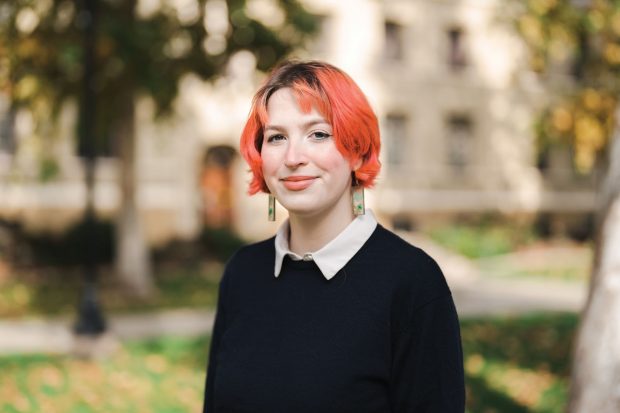 The desire to bridge disciplinary divides and write about disease are what led Nina Potischman ’21 to apply for the prestigious Marshall Scholarship, becoming Pomona’s latest recipient. She will spend two years in the United Kingdom pursuing graduate studies.

An English major, Potischman knew she wanted to eventually become a professor. But looking at American programs left her torn. Should she pursue her interest in creative writing through an MFA program or take the route of a Ph.D. in literary criticism? Looking at scholarships in the UK, she says she learned that the disciplinary divide between creative and critical writing was more distinctively American.

“Because creative writing programs in the UK predominantly emerged in the ’90s alongside the rise of theory, theory is more directly integrated into institutional practice. As a result, UK creative writing programs are more interdisciplinary than their American counterparts, less bound by institutional orthodoxy, and more open to integrating critical and literary writing,” Potischman says.

“When I was diagnosed with ulcerative colitis my sophomore year of college, I lost control of my body. Yet through writing—about my body, pain, taboo and food—I held onto my sense of self,” Potischman says.

After being hospitalized multiple times for a severe flare of her illness, she decided to combine writing about her experiences with literature focusing on autoimmunity. That work became her thesis, in which she explored how “chronic pain caused by an autoimmune disorder reconfigures prevailing models of self and body.” With the scholarship, Potischman plans to convert her thesis into a book-length piece of autotheory, a form of writing that combines autobiography and prose with theory.