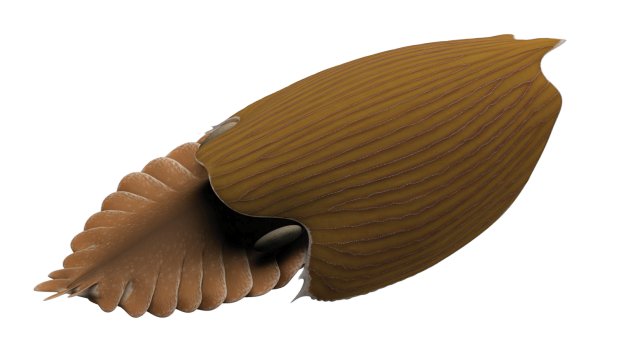 After years of uncovering fossils and discovering species from millions of years ago, Pomona College Dean and Geology Professor Robert Gaines now has one named after him. 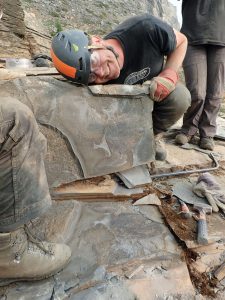 An ancestor of arthropods such as crustaceans and insects, the long-extinct animal’s name is Titanokorys gainesi, meaning “Gaines’s titanic helmet.” It lived during the Cambrian Period about 500 million years ago, when animal life was brand new and had not yet crawled out of Earth’s oceans and onto land.

Described as one of the largest animals of its time, Titanokorys gainesi was about two feet long with large, multifaceted compound eyes, a pineapple-slice shaped mouth, a pair of spiny claws at the front of the head to capture prey, and a body with a series of flaps for swimming.

“It feels tremendous to be honored in this way with a fossil that is so special in terms of its size and its ecology,” Gaines says. “As a child, I noticed that many fossils are named after people and I often marveled at the contributions that those individuals made to science. I think this is really moving and I feel so fortunate to be a part of this project.” 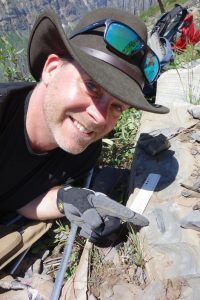 The newly discovered species comes from the Burgess Shale, a rock formation found high in the Canadian Rockies that preserves fossils of soft-bodied creatures, such as jellyfish and worms that decompose rapidly and don’t normally fossilize. It was discovered more than a century ago and became a watershed for understanding the origins of complex life on Earth. Gaines and a small team of researchers began working there in 2008, with the support of Parks Canada.

In pursuit of new discoveries, Gaines and the team began exploring outside the original discovery site and eventually settled about 30 miles southeast in Marble Canyon in 2012.

“We were not expecting to find what we had found in 2012. We were actually expecting to see strata that were very different, but the maps that had been made a generation ago were incomplete, and so the geology was confusing. Then, all of a sudden, like ‘boom,’ things snapped into place and we started to find new fossil forms hand over fist,” Gaines adds.

Gaines says the team began to find fossils of organisms that were completely new to science. With subsequent years of work and exploration in the region, that list of dozens of new species would grow to include what would become known as Titanokorys gainesi, discovered in 2018 during an excavation that included three geology students from The Claremont Colleges. These fossils can help scientists answer many questions about the origins of animals and the fundamental structure of the animal family tree.

“The questions are about the origin of complex life on the planet,” Gaines says. “The interesting thing about the era that we work on is that the origin of animals didn’t happen slowly or gradually as Darwin would have predicted, but instead our fossil record is really clear that there’s sparks of diversification that happened incredibly rapidly, almost instantaneously from a geologic point of view.” 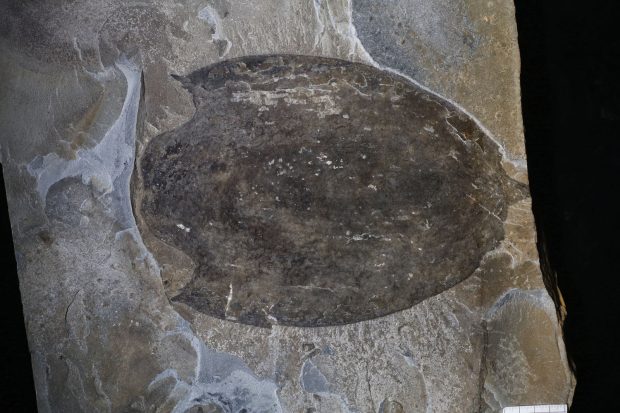 Gaines also works on similar fossil deposits around the world, including in China, where he was part of a team that announced a major discovery of new fossils in 2019.

Gaines hopes to continue his research in Canada in the summer of 2022.