How to Become Pomona’s CIO

José C. Rodriguez, Pomona’s new vice president and chief information officer, leads the College in a rapidly changing age of technology after starting his career looking for bugs of a different sort as an entomologist.
March 3, 2022  by Staff

Chief Information Officer is a C-suite job that didn’t exist until the 1980s, when the term was coined by business experts in recognition of the extraordinary growth of the role of computer technology. That means there wasn’t much of an established career path until more recently—and José C. Rodriguez, Pomona’s new vice president and CIO, took the scenic route in a journey that embraces the liberal arts. 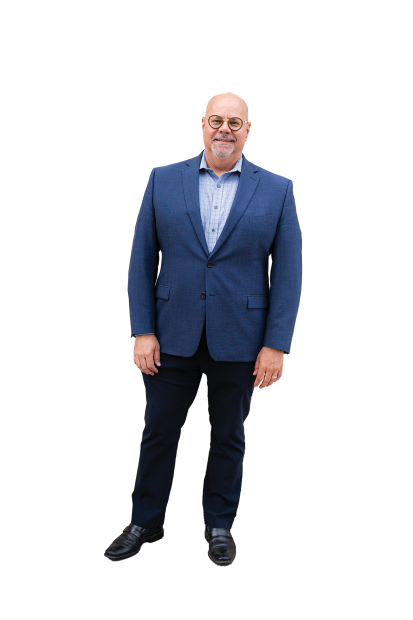 1. Grow up in New York City and develop an unexpected appreciation of bugs—and not the computer programming type. “Even as a child, I just loved being outside. I loved turning over rocks,” says Rodriguez, who has a deep affection not only for insects but also for animals and the outdoors.

2. Earn a bachelor’s degree in entomology from the University of Georgia and move cross-country for a master’s at Washington State. Get to know Western bugs like the bombardier beetle, which shoots a noxious spray from its lower abdomen when disturbed.

3. Take a job in a molecular biology lab at Emory University, working on mosquito transmission of malaria. Encouraged by a principal investigator with large amounts of data to analyze, take courses in database management and data programming. Launch your new tech career as an IT support specialist and manager at the university.

4. Learn Arabic on the side during a 10-year role as director of technology for Emory’s new language center as it transforms traditional teaching methods with a multimedia approach. Travel to Italy with a professor to film cultural scenes, art and architecture for new digital learning content.

5. Move to Emory’s Candler School of Theology and become a very early adopter of Zoom, around 2015. Introduce streaming weekly chapel services and co-develop an online program that lets pastors work toward doctor of ministry degrees while still serving their congregations.

6. Begin to see technology with new eyes. “I really started to think more broadly about what an institution does and what it needs from technology, not just support of technology,” Rodriguez says.

7. Move to Memphis in 2018 to become CIO at Rhodes College, joining an institution’s top leadership group for the first time. Help shape the pandemic response and lead the pivot to online learning.

8. Continue to embrace online communication for its less obvious benefits. “We take in-person for granted. There’s a group of society that can’t be in person or doesn’t function easily that way,” Rodriguez says. “I think it’s important to remind ourselves that this is about accessibility as well as about an emergency response.”

9. Join Pomona and the 7CIOs, a rare community of campus technology leaders with opportunities to innovate together. “I would love to just express how happy I am to be here as part of the Pomona and Claremont Colleges community and I want to do everything in my power to improve on the teaching and learning of the schools. I’m very approachable. If people want to reach out, I am available to chat.”

10. Back to the bugs. There’s one insect common in the South that Rodriguez won’t miss. “Mosquitoes,” he says. “Someone was telling me you won’t have a lot of mosquitoes in California. I said, ‘Well that is fine with me.’”