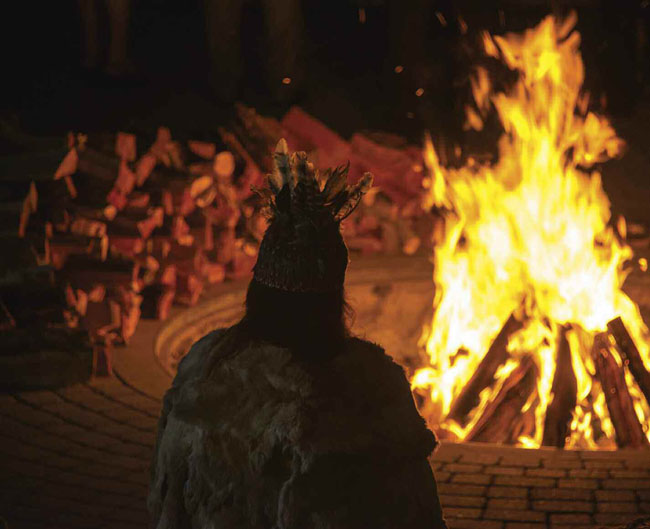 Under the night sky, local Native American tribes led an evening of drumming, singing, chanting and ritual dances in early September to mark the beginning of Pomona’s 125th anniversary. Held the same day students gathered in the morning for Convocation, the Native American ceremony brought to campus individuals whose ancestors inhabited this site long before the College was founded.

The bear ceremony was the first held at The Claremont Colleges, notes Scott Scoggins, Native American program coordinator at Pitzer, who helped to organize the event. The traditional healing ritual ends with everyone joining in a dance around the fire. “Fire is our connection to the universe and the spirit world,” says Chief Tony Cerda of the Ohlone Costanoan Rumsen Carmel tribe, one of several whose members participated. “The same fire that burns in the stars, the sun and the center of the Earth also burns within us.”

Theatre Professor Betty Bernhard and playwright and performer Susan Suntree, who are co-teaching a new theatre class this fall, Sacred/Sites, came up with the idea of hosting the ceremony. “We hope it will become an annual event,” says Bernhard.