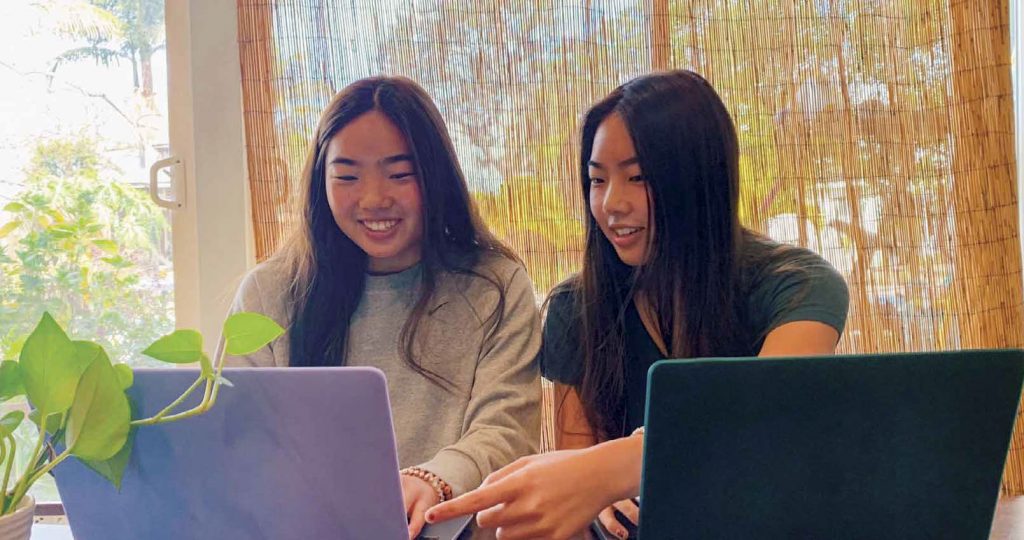 Pandemic or not, Evelyn and Summer Hasama ’24 just keep on coding. The first-year twin sisters have already won first place not once but twice this academic year for apps they’ve developed together.

In November they won first place in the virtual 5C Hackathon for their app Event Check, which allows users to go through health and safety checks to gain access to a campus event. Even so, the sisters didn’t expect to win a month later when they presented their new app, called DonateIt, to a panel of judges from Facebook, Reddit, Instagram and Visa for a competition at the conclusion of their CodePath IOS mobile development course. “We honestly thought we had no chance of winning,” says Summer. “We were a team of two, while all the other teams had three or four—we were outnumbered. And we are just freshmen, while some of other students were juniors and seniors.”

DonateIt allows users to donate unwanted items to neighbors who might want them. Explaining their inspiration, the sisters said, “Instead of throwing things in the trash, we wanted to create something that would make use of these things by donating them to individuals within our community.”