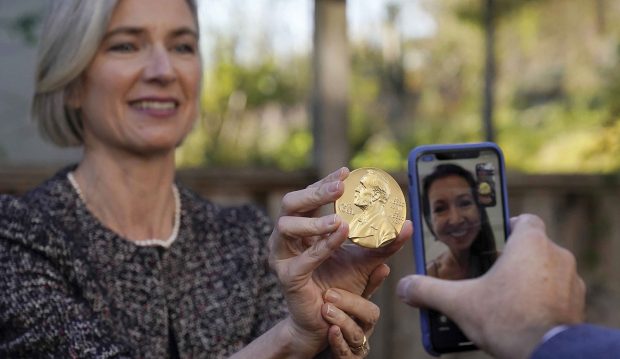 Nobel in Gold — While speaking on the phone with her sister, Sarah Doudna, Jennifer Doudna ’85 holds up the gold medallion stamped with the profile of Alfred Nobel that represents the Nobel Prize. The photo was taken on Dec. 8, 2020,following a presentation ceremony in Berkeley, California, during which Doudna officially received her 2020 Nobel Prize in Chemistry. Normally, Nobel recipients receive their awards in Stockholm, from the hand of the king of Sweden, but due to the pandemic, all presentations were made locally. (AP Photo/Jeff Chiu, Pool) 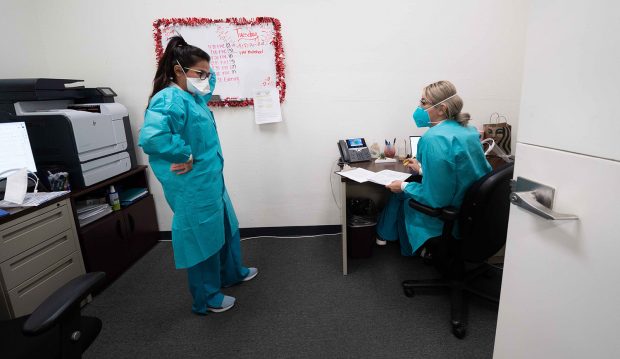 COVID Clinic — One of the many changes at Pomona during the pandemic is the creation of an on-campus clinic in Rembrandt Hall focusing on COVID-19 issues. The clinic, managed by Hamilton Health Box, is staffed by two nurses—Stephanie Garcia-Barragan (left), who oversees the new health protocols for people on campus, and her assistant, Sarai Sanchez-Salas (right). (Photo by Jeff Hing) 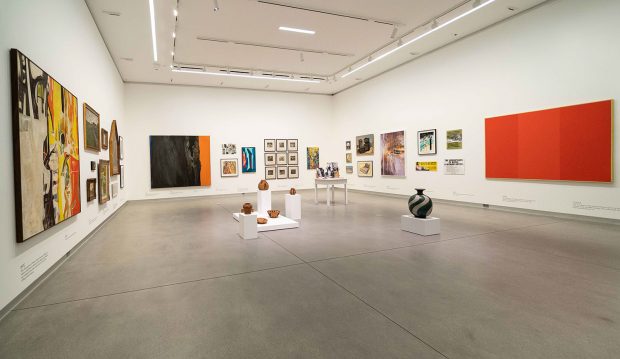 At the Museum — Titled “In Our Care: Institutional History in Material Form,” this exhibition is one of the first on display at the new Benton Museum of Art at Pomona College. The exhibition was curated by Sam Chan ’22, Noor Tamari ’22 and Kali Tindell-Griffin ’22 as a summer research project under the supervision and partnership of museum director Victoria Sancho Lobis and Claire Nettleton, academic curator. Though the pandemic has made in-person visits to the museum impossible, the staff has been able to offer virtual tours of the show, which will remain in place until July. (Photo by Jeff Hing) 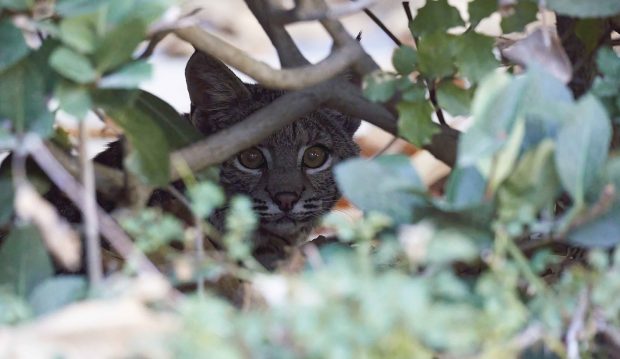 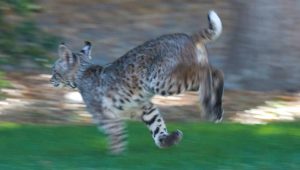 Nice Kitty — No, that’s not someone’s pet tabby hiding in the brush near Bridges Auditorium or scampering across the campus green. It’s a bobcat, another example of the local wildlife that has found its way onto the Pomona College campus during the College’s yearlong closure. The photos were taken by a local resident, 12-year-old David Lonardi, who spotted the bobcat while trying out his new camera near campus.