How to Become a One-Man Band 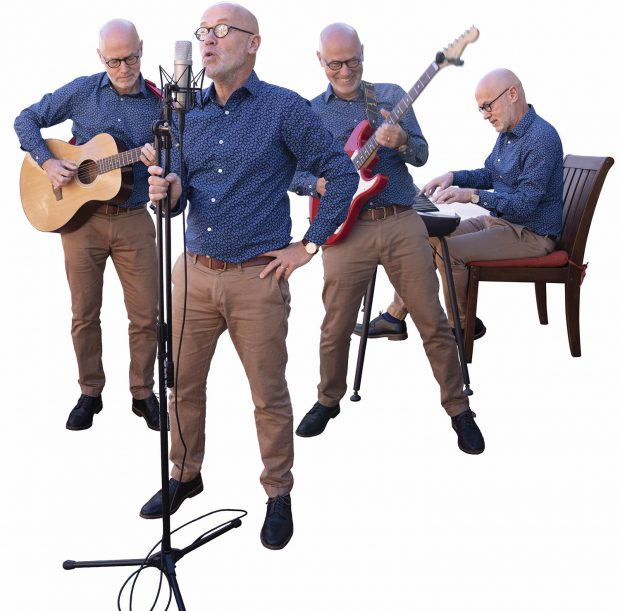 Professor of Politics Pierre Englebert has never had any illusions about becoming a rock star. He’s more than content with his day job as a tenured professor at Pomona College. But his on-again, off-again love affair with writing and performing music has been on again for the past couple of years, and the evidence is mounting at a range of free, online music platforms. To understand how a noted scholar of African politics became a veritable one-man rock band, PCM invites you to step briefly into his musical shoes.

Learn a few basic guitar chords from a Scout leader as a Cub Scout in Brussels, Belgium. Get your own guitar for your birthday, and take lessons from a high school student. Ask your parents to have the family piano tuned so you can practice chords.

Start your own band—named Rhapsody for the famous song by Queen—at age 16. Play for the fun of it, but more importantly, to get the attention of girls. Sing in English despite having only an elementary grasp of the language.

Write your first song in high school. In college, form a better band—named (inexplicably) The Ice Creams. Go to lots of rock concerts by bands like The Police and UB40, and play more than 50 gigs, once as the opener for a Tom Robinson concert.

Cut your first and only record at age 20 on a local label and see your music video appear—once—on Belgian TV. As your interest in African politics takes precedence, dissolve the band and drop music almost entirely for the next dozen years or so.

Buy an electric piano with your first paycheck from the World Bank in 1988. Use it sparingly until the mid-1990s, when you resume songwriting as a creative outlet while working on your dissertation. Get an 8-track recorder and sound-engineer your own songs, one track at a time.

Write a few new songs, including one for your wife titled “When You Shave Your Legs.” After getting your Ph.D., lose yourself in work. Store your instruments under the bed, where they will mostly gather dust for more than 20 years.

Notice a flyer for guitar lessons while on sabbatical in 2018. Decide to expand your musical chops by taking guitar lessons. Then take it a step farther by auditing music classes with Pomona professors Tom Flaherty and Eric Lindholm.

Start writing songs again, using software called Guitar Pro. Then with another program called Logic, build them out a track at a time. Send the “pre-mix” to a studio in Los Angeles to be professionally mastered.

Under the moniker “Not a Moment Too Soon,” produce your first album, titled “Back to Plan A.” Post it on SoundCloud. Then sign up with a distributor to post your tracks on a range of platforms, from Apple Music to Spotify.

Post your second album—titled “Well,”(including the comma)—with cover art by Pomona student Sei M’pfunya. Plan to keep sharing your songs as long as you find it rewarding and the songs give people joy.

Both of Englebert’s albums are available free at his website: www.not-a-moment-too-soon.com, and at such online repositories as SoundCloud, Spotify, Apple Music and YouTube.