Richard M. Sheirich, emeritus professor of German, died from cardiac arrest at his home in Claremont on Dec. 11, 2011. He was 84 years old.

He was born in 1927 in Erie, Penn., and attended local schools through high school. As his parents felt 16 was too young to go to college, he spent an extra year at Deerfield Academy in Massachusetts, graduating in 1945. He attended Colgate University in Hamilton, N.Y., for part of his freshman year before enlisting in the U.S. Navy. After a year’s service at Williamsburg, Va., he was discharged and returned to Colgate to complete his undergraduate degree in 1949. 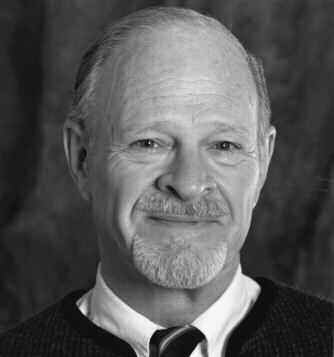 He earned a master’s degree in German from Northwestern University, and a Ph.D. in German from Harvard University in 1965. He also held a DAAD Fellowship at Universität Hamburg in 1957-58. After teaching at Colgate and UC Berkeley, he joined the Pomona faculty in 1965, and for 31 years taught courses in German language, literature and culture ranging from early tribal migrations to the Cold War and reunification. He also conducted research on Viennese poet, novelist and playwright Richard Beer-Hofmann, producing a number of articles as well as an edition of Beer-Hofmann’s correspondence, Der Briefwechsel mit Paula, 1896-1937. Most summers, Professor Sheirich spent time in Vienna, doing research.

In the 1990s he led a major grant-funded project, “German across the Curriculum,” to better integrate the study of German into non-language courses in the humanities and social sciences.The goal of the project, funded by the National Endowment for the Humanities, was to improve foreign-language skills and to promote, among both faculty and students, a greater understanding of the complexities inherent in a foreign culture and of the relationship between language and other disciplines in the humanities and social sciences.

He also served on the Alumni Council and, more recently, on the Emeriti Committee. Many in the college community will miss seeing him walk with his wife of 49 years, Perdita, class notes editor for PCM, to and from campus in the early evening.

Upon retiring, Professor Sheirich expressed his gratitude for the fact that “one becomes a part of college life, yes, but it works the other way, too. The College, and a surprising number of students, also become a part of our lives.”

Memorial contributions to a fund supporting research and travel for students in German may be made to Pomona College, in care of Don Pattison, Donor Relations, 550 N. College Ave., Claremont, CA 91711.