As a high school exchange student in Japan, Sam Holden ’12 developed a strong interest in international relations and Asian studies. At Pomona, he has twice conducted summer research in Japan, studied abroad in Germany and lived in Oldenborg’s language halls. He speaks four languages and is a mentor to two international students from Asia. A native of Colorado, Holden plans to pursue graduate study in Japan, with a focus on how that country’s shrinking population and economy inform new approaches to sustainable urbanism.

Digging Beneath the Surface: “The summer after my freshman year, I went to Japan to make a documentary about Brazilian immigrants. I taught myself some rudimentary Portuguese and made contacts with both Brazilian and Japanese organizations. Japan appears to be a homogenous and equal society, so it was a very eyeopening experience to go to a community where the majority of the people are foreigners and don’t speak Japanese, and to see the struggles they were going through.“ 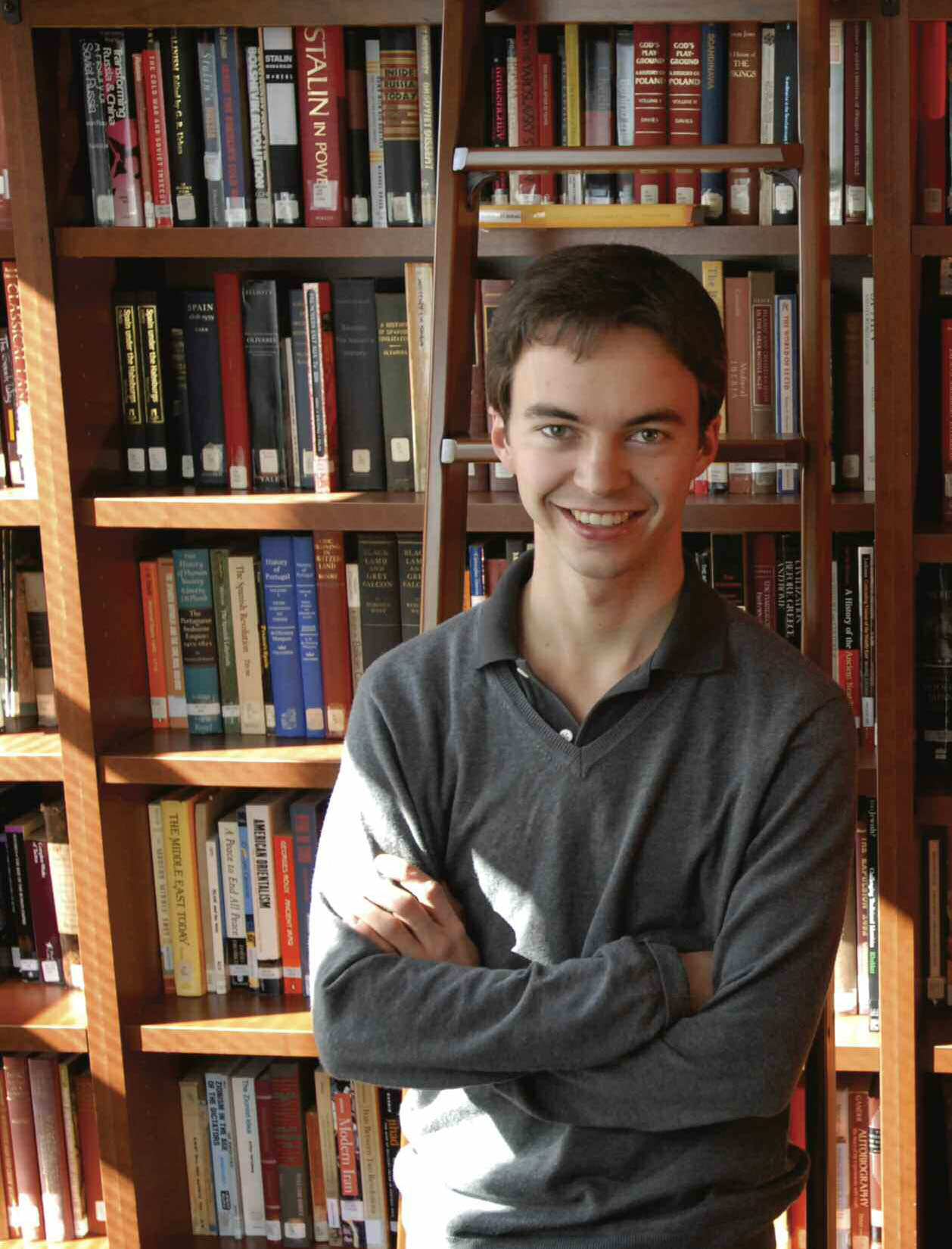 A New Frontier:“I’ve become very interested in the idea of post-economic growth society. In a country like Japan, where the population is declining and the economy has been stagnant, the question is: what does a society do when it can no longer count on growth to sustain the social systems we rely on? Post-economic growth theory is about the need to move from competitive to cooperative economies, to think creatively about building robust communities that use fewer resources.”

Community of Learners: “Oldenborg Center has been essential in helping me develop my language skills. I lived in Japanese Hall my sophomore year and in German Hall for a semester, and I still go to the language tables in the dining hall. Any time you’re in a community of learners like that—and this goes for Pomona College as a whole—it helps to reinforce what you’re doing in class.”

Pray for Japan: “I had the opportunity to translate a collection of Twitter messages that were sent after the March earthquake and tsunami. In the immediate aftermath of the disaster, a 20-year-old Japanese college student created a website cata loguing some of those messages. The site went viral in the first week, and about 70 of the messages, along with photos of support from around the world, were turned into a book, with parallel pages in Japanese and English. Pray for Japan has sold 100,000 copies, with all the money going to disaster relief.“

Financial Aid: “It’s a gift that I think about every day. I’m grateful for the opportunity I’ve had to discover who it is I want to be and what I want to pursue. And to be able to do that free of financial concerns and the stress associated with student loans is extraordinarily important. I want to make the most of the opportunities I’ve had here, and then use my education to give something back to the community.”