Jessica Boatright ’98 will always remember when she first met Laila Bernstein ’04. The year was 2009. Both women had a passion to end homelessness in Massachusetts. That led them to jobs combating the problem, working at opposite ends of the fourth floor of the Massachusetts Department of Housing and Community Development. 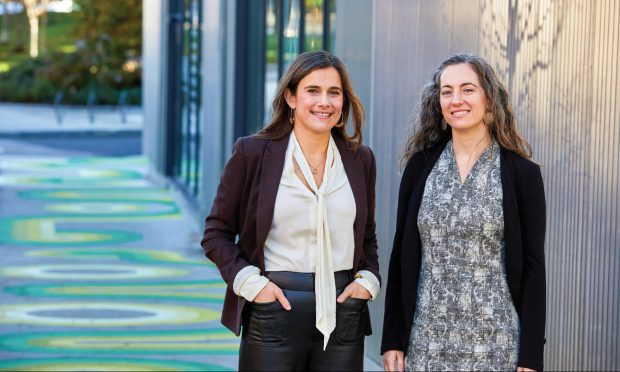 “This super-smart intern showed up out of nowhere,” recalls Boatright, known as Jessie Berman in her Pomona days. Boatright was the liaison between the state’s public housing office and the newly created Interagency Council on Housing and Homelessness. Bernstein was a new presence on the council. Something about her rocked the more senior Boatright back on her heels. “She seemed young, but I was slightly intimidated by her intelligence,” she recalls.

When the two women look back at it, their first encounter sparks laughter. “I was just, like, a pipsqueak intern,” says Bernstein. “And you were a special assistant!” At the time, Boatright worked in the division responsible for the Commonwealth’s portfolio of some 50,000 state-owned public housing units and 26,000 rental vouchers.

There’s one more thing. They now work in the same place—in the Boston Mayor’s Office of Housing (one row and six cubicles apart, to be precise). They lead sister divisions that function in tandem to forward Mayor Michelle Wu’s commitment to ensure all Bostonians have access to safe, affordable housing.

Bernstein is deputy director of the Supportive Housing Division, which is responsible for the city’s housing strategies to end homelessness. The team manages more than $50 million in annual funding, collects and analyzes data on people experiencing homelessness in Boston, creates and leads strategic plans, and drives system design and policy change.

Boatright is deputy director in the Neighborhood Housing Development department. Her team of underwriters, project managers, architects and construction experts hammers out plans with developers and community stakeholders to create more than 1,000 units of new or preserved housing units each year.

Together with their teams, they have helped Boston make substantial progress in combating homelessness, a seemingly intractable problem in many cities across the country and particularly on the West Coast. In the past two years, Boston’s unhoused population has decreased by 28%, according to the city’s 2022 point-in-time count, a federally required measure. By contrast, homelessness has surged in such cities as Sacramento, California, and Portland, Oregon. And in Los Angeles, a city with a budget that now designates $1 billion a year to address the problem, there has been a stubborn 2% increase in homelessness since 2020.

Boatright says Wu, the Boston mayor, is “laser focused” on the struggle of people without housing, and the city recently dedicated an additional $20 million in American Rescue Plan funds to create supportive housing. 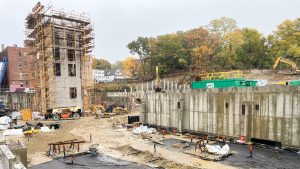 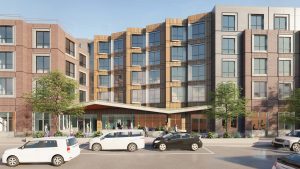 Boatright and Bernstein help spearhead projects like the one at 3368 Washington Street, which is replacing a one-story office building with the largest ground-up construction of a permanent supportive housing project in the city’s history. (Unlike subsidized housing, supportive housing in Massachusetts is more specifically targeted to people exiting homelessness, with preference going to those with disabilities who have been experiencing homelessness the longest. It comes with intensive services to help support and stabilize them. No one is screened out due to criminal history, bad credit or other barriers people experiencing homelessness often face.)

Located near five-story buildings in the affluent Jamaica Plain neighborhood, the $100 million redevelopment project will create 202 low-income housing units with 140 of those earmarked for people who are exiting homelessness. The Pine Street Inn, the location’s previous occupant—a nonprofit that has provided food, shelter and other services to people in need since 1969—is a development partner and will be the service provider and have offices there alongside housing for both formerly homeless households and families with low and moderate incomes. 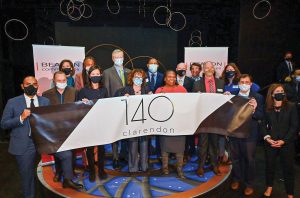 Officials celebrate a partnership to renovate a historic building on 140 Clarendon Street.

“Deals don’t always come together like this one, but this one combined a unique site with a strong development team,” says Boatright. “It’s a great location for people to live, period, including people exiting homelessness. It’s located on a transit thoroughfare with easy access to both public amenities and a commercial corridor serving a broad diversity of consumers.” 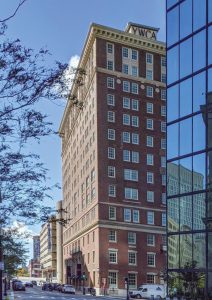 In addition to new construction, other projects to add affordable and supportive housing have included the preservation and rehabilitation of architecturally significant landmarks, among them 48 Boylston Street, an 1875 building near Boston Common that once housed the Boston Young Men’s Christian Union, and 140 Clarendon Street in well-to-do Back Bay. The current tenants at the Clarendon location—the Lyric Stage Company of Boston, the city’s oldest professional theatre company, and the YW Boston, formerly the YWCA—welcomed the project and will stay in their historic homes.

Many more are in the pipeline.

“We’re building a plane as we’re flying it on a number of supportive housing opportunities,” says Boatright. “The problem is huge, but I think there’s a ton of promise to deliver a huge number of these units in the next few years.”

Bernstein sighs when she considers what she, Boatright and Boston are up against. “Even when we’ve helped 100 people stabilize in housing, 100 more fall into homelessness in Boston,” she says. “That part’s really hard, to not be able to address all of the root causes at once.”

Boatright’s zeal to make a difference comes from a slightly different place. The daughter of activist parents, she says she is motivated by values of justice and fairness. “It feels very visceral. Social justice work has to be at the center of what I do every day,” she insists.

Bernstein calls her friend “a boundary spanner” and a “mission-driven person.” Boatright admits she relishes the intricacy of the work. “The draw for me is the opportunity to realize a neighborhood’s needs, wants and dreams through the built environment. The challenge is to make this happen with the alphabet soup of public and private programs that fund and regulate the projects. It’s an insane brain workout. The complexity of the problem is another hook that keeps me in it. It’s not easy, not boring, and never routine.”

Bernstein loves seeing buildings being repurposed or built to house people experiencing homelessness. “You can feel tangibly the results of this complicated and at times frustrating, arduous process,” she says. “Permanent supportive housing transforms lives for people in our community. It’s hard to imagine a more compelling job.” 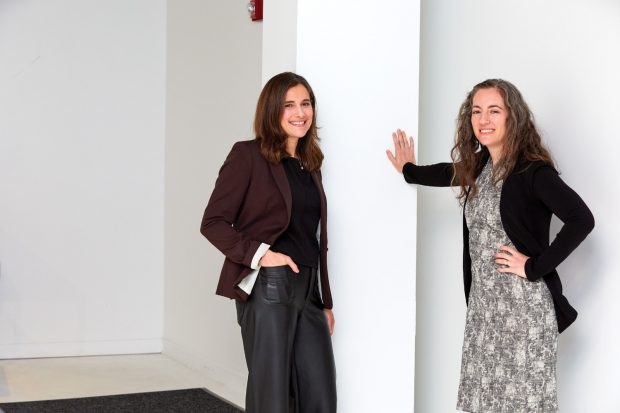 They live for the personal time they carve out of their schedules every Friday at 10 a.m. That’s when Boatright says they do their “weekly debrief sessions,” a euphemism for stress-relieving fresh-air strolls. Free from office hubbub, the two division heads follow a loop trail that connects Pappas Way to Waterfront Path #1, “an awesome walk,” they say, which passes through a mix of carefully landscaped lawns and industrial buildings along a Boston seaport canal.

“It’s what keeps us able to come back on Monday,” says Bernstein.

These ritual walks, they say, create an almost sacred interlude. They were especially important during COVID. “We were able to keep up those walks as a really safe and important space for protecting and nurturing each other during an incredibly hard time to work in government,” says Boatright.

Their conversations embrace everything in their lives. They have been there through their parents’ health crises. “Laila’s mom was diagnosed with the same cancer my mom had before she passed away. We’re lucky three of our parents are alive and very engaged in our lives,” says Boatright.

When Bernstein had her first child, Boatright, whose two children were older, helped with meals and “1,000 tips and words of encouragement,” says Bernstein. “Jessica modeled how you can believe in yourself as a professional and be a dedicated, caring parent. I don’t know if I would have made it through becoming a new parent and working at a job like this without her wisdom and her support.”

Bernstein reflects on the similarities between being a parent and a manager. “You have to work hard to understand someone else’s perspective. People see right through you—whether they’re 2 or 50.”

Bernstein pauses to consider what it takes to be a good manager. Her description also fits their friendship: “You have to be your genuine self while also providing the guidance and support for someone who needs to keep moving forward.”