Stray Thoughts: Dinner With the Deathies 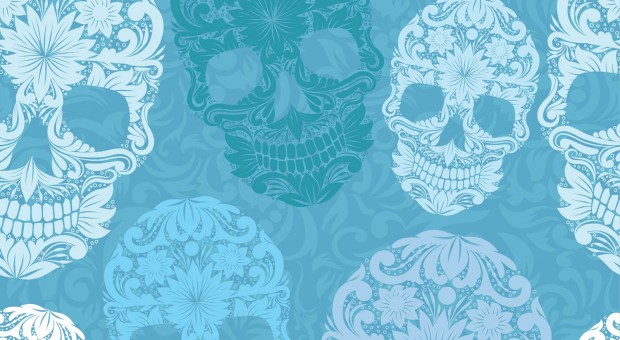 When I was in my early 20s, I briefly dated a young woman who, as I soon discovered, had already planned out her entire funeral. She had it all down on paper—from music to flowers to who would speak when—with corrections and notes in the margins. I suppose that funeral fetish might have had something to do with the fact that we only dated briefly. After all, in our society, thinking too much about death is considered morbid and strange.

Forty years have gone by since then. Thinking about death no longer feels strange—more like inevitable. Recently, a friend about my age said it about as well as it can be said: “The scary thing is to realize that I can no longer die an untimely death.”

So when Peggy Arnold ’65 invited me to Colorado to meet her group of end-of-life activists—whom she refers to as “the Deathies”—and to dip my toe into the the end-of-life revolution, I took it not only as a professional opportunity, but also as a personal challenge. The tangible result is the story titled “Before I Die” on page 44 of this issue. The intangible results are still percolating inside my head.

In retrospect, it was probably a good time for me to bring this part of my inner life out into the open and give it the thought it deserves. Five years ago, for an issue titled “Birth and Death,” I wrote a column that pulled together all my most memorable little moments of epiphany concerning those two great mysteries of life. But what used to come in tiny aha moments—some beautiful, some terrifying—now seems a permanent part of my thought process. I’ve become so acutely aware of endings that I almost dread going on vacation because I can already feel the wistfulness that comes with knowing that it’s over.

But sitting around the dinner table with the Deathies, I found their enthusiasm surprisingly contagious—these are people for whom death is truly an integral part of life. Around that table, thinking and talking about death isn’t morbid—in fact, it’s strangely liberating.

Of course, there are practical reasons for thinking about death, and the Deathies are focused mainly on those. There are decisions to be made while there’s still time to make them. There are preparations to be made to prevent loved ones from having to make them in times of extremis. There are situations ahead that we can’t foresee but that we hope to be able to control when the time comes.

But I’ve found that there are also hidden benefits, and one of them is a growing sense of acceptance. Don’t get me wrong—I trust that I still have miles to go before I sleep. But partly thanks to the Deathies, I’ve overcome some of my fear of the subject. My wife and I are making plans. And if tomorrow, a doctor reads my imminent fate in an x-ray or a blood test, I feel a little more confident that I’ll be able to swallow the news and get on with my life.