Behind the lens with celebrity photographer Michael Larsen ’89
April 7, 2016  by Sneha Abraham

If the surreality of being on a plane with Elizabeth Taylor en route to Paris for the Cannes Film Festival and then being whisked away in a limo with her upon landing isn’t memorable enough, picture this: Elizabeth Taylor making the limo driver pull over on the tarmac so she could let her little Maltese out to do its business. This is a celebrity photographer’s eye view—and one moment you really wish you had on film, according to Michael Larsen ’89.

But Larsen has snapped a million other moments and more photos of famous faces than you can count. Name a Hollywood star and he’s probably captured them on his camera. Brad Pitt. Halle Berry. Clint Eastwood. Cate Blanchett. Since 1997, the celebrity portraiture and lifestyle photography of husband and wife team Larsen and Tracy Talbert—they met in high school when he was the yearbook photographer and she was the school newspaper photographer—have appeared worldwide in magazines like People, Esquire, InStyle, Playboy, Entertainment Weekly, and for commercial clients like NBC, Fox, Bravo and Warner Brothers. 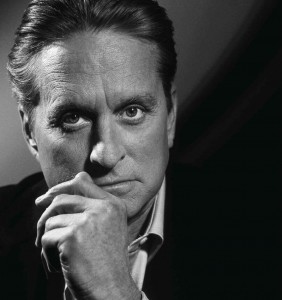 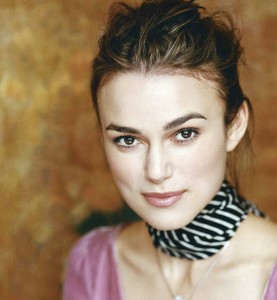 Larsen’s childhood dream was to be a filmmaker—he adored “Star Wars”—and he learned the principles of filmmaking through still photography. He was 14 when he got his first camera, an Olympus OM1 35mm, and he went on to work as a photographer for the yearbook throughout high school and The Student Life while at Pomona. He was never without his camera and was always in the darkroom, he says. “It was a constant, daily practice for me.”

After graduation he set out on his pursuit of a film career but realized after a grueling two years that this wasn’t what he wanted to do after all, he says. 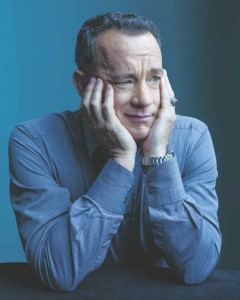 “I looked around at the career paths of the crew and camera people and it looked pretty depressing in terms of their personal lives,” he says, thanks to long brutal hours that he saw taxed families.

A photography workshop Larsen attended in upstate New York led to a conversation, which led to an invitation, which led to a pivot. He talked to Douglas Kirkland, one of the first modern celebrity portrait photographers, who told him about the role of photo assistants. Larsen remembers thinking, “Wait a minute, what is that? That’s a job?”

Kirkland invited him to a shoot with Matt Groening, creator of “The Simpsons,” and Larsen, after seeing how professional celebrity shoots happen, was hooked and decided then this was the path for him. “I was just completely taken. It was kind of like filmmaking in that you’re building sets and creating worlds, but you’re doing it in a five-hour period, instead of months and days,” says Larsen. 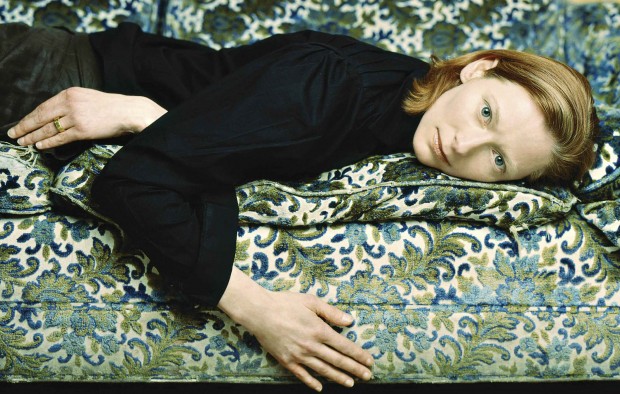 His first gig was a teddy bears shoot for a toy catalog but over the course of seven years his experience expanded to assisting the biggest names in the field like Annie Leibovitz, Nigel Parry, Kirkland and Firooz Zahedi (Larsen helped him with the now iconic movie poster for “Pulp Fiction”).

Larsen says Leibovitz influenced him greatly with the artistic style she would bring to her shoots: whether putting Demi Moore in body paint, dumping Whoopi Goldberg in a tub of milk, or asking John Lennon to be naked and hug Yoko Ono on the floor. (To this day Larsen wonders about Lennon and Ono’s initial reactions to that request.)

Larsen and Talbert have spent two decades building that kind of creative trust with celebrities and, now more than in bygone eras, also with stars’ publicists, who do the initial vetting and then often give the final yay or nay. From his very first shoot Larsen says he realized that celebrity photography isn’t just about taking a nice picture; it’s about psychology and politics as well. 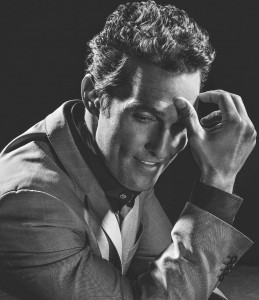 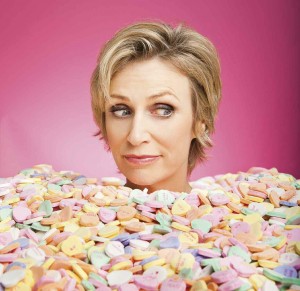 As soon as a subject arrives on set, the face is the first place his eyes go. Lighting changes are made accordingly and wardrobes are assessed based on body types.

“Celebrities are actually very vulnerable at this point,” says Larsen. “A bad photographer or a magazine with an agenda could make them look bad intentionally if they wanted. We made a decision a long time ago that we were in the business for the long run, and so it’s incredibly important that we treat our subjects with respect and not violate the trust they put in us.”

(“Every once in awhile you get a subject who is so stunningly beautiful they look great no matter what. Halle Berry was one of those,” he says.)

If all goes well there is that magic click, when the shutter release button meets “a moment, a pose, the light, where you think to yourself, ‘That’s it!’ Anything you get after that is just gravy,” he explains. 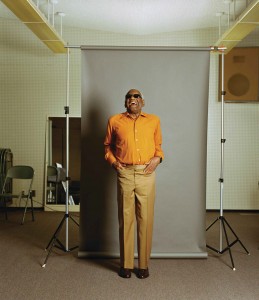 But often, he says, you don’t see the magic until after the fact. “Sometimes during the shoot I think, ‘Wow, this person is really a dud, nothing going on at all,’ and then you start looking through the pictures and realize they were doing something very subtle and intense and they actually gave you a gift,” he says. “That’s the fun of photography: discovering what you really captured later, after all the rigmarole of the shoot has passed and you’re just sitting with the images in front of you. Sometimes that same discovery can come years later when you’re looking back through the shoots.”

And then there are the shoots that go awry. They had 10 minutes with Jodie Foster when Larsen realized he had accidentally shot in multiple exposure and all the photos were on one frame. He threw his back out completely on a shoot with Goldie Hawn and Susan Sarandon and was unable to stand, so Talbert put the camera on a tripod, focused, and Larsen just pushed the button. Both times they still got the money shot. 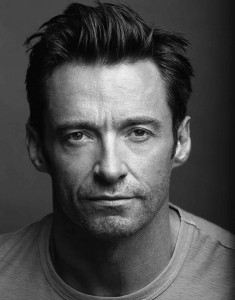 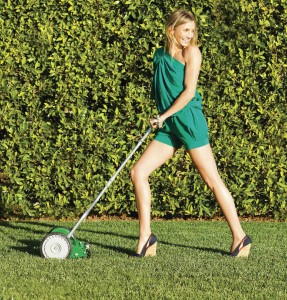 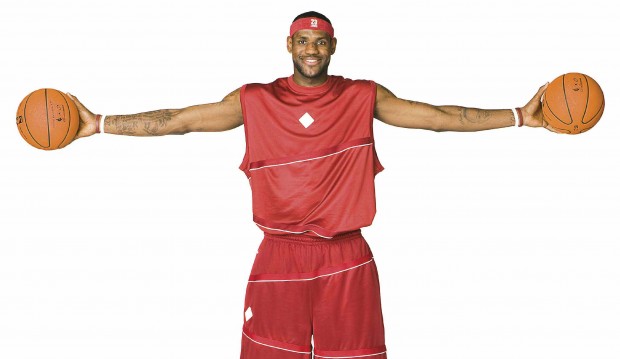 The smoothest shoot? Brad Pitt. “I had worked with him back in the early ’90s on a movie called Cool World. He hadn’t quite exploded yet and liked to hang out with the crew instead of hiding in his RV like the other big actors. When we did the shoot, he was the same laid-back guy. No fuss. But when he left the studio after our shoot, his car got attacked by paparazzi as it was pulling away. It was hard to watch that. We had a lot of sympathy for him and the price he pays for fame.” 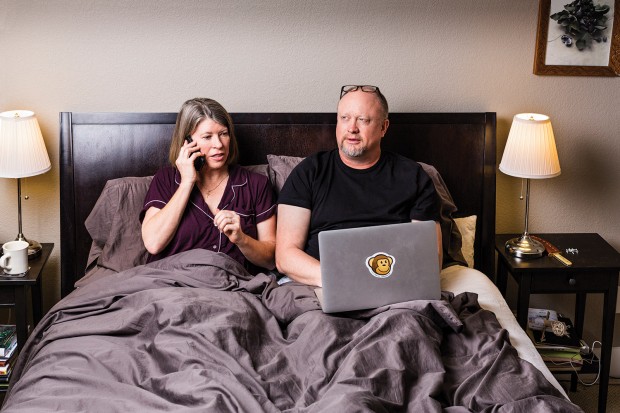 Celebrities are just normal people who happen to have really interesting jobs, says Larsen. And they make his work interesting as well. “We’re very lucky to be able to get to spend some time with these folks and get a glimpse into their world, which is creative and at the leading edge of our culture. I think that’s the most rewarding part: a front row seat to American culture —the transcendent and the infamous, but distinctly American. It’s a privilege,” he says.

“The fact that I get paid to do this makes me feel very grateful and a little guilty.”