Doubt is an essential part of the scientific process. But artificially manufactured doubt is a national problem.
February 4, 2019  by Mark Wood 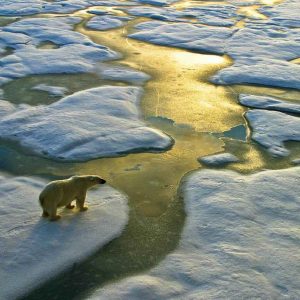 For years I’ve wanted to publish a retrospective about Roger Revelle ’29, the oceanographer and climate scientist widely credited with pushing climate change into the consciousness of the nation and the world. So I’m delighted, finally, to include Ramin Skibba’s beautiful story about the scientist’s life and work in this issue. But as I edited the piece, I was troubled to learn that Revelle was also one of the very first targets of climate deniers—and remains a target to this day.

In the last year of his life, between his first heart attack and the one that killed him, a severely ill Revelle was somehow persuaded to lend his name to an article he reportedly had no hand in authoring. The article, published after his death, seemed to indicate that he’d had a last-gasp change of heart about the seriousness of climate change. Not so, say those closest to him—family and colleagues alike. And yet, on a number of websites today, that article is still used to cast doubt upon his body of work.

That’s what led me to a remarkable book titled Merchants of Doubt, by Harvard Professor of the History of Science Naomi Oreskes and science writer Erik Conway.

It’s an eye-opening study of the weaponization of scientific doubt over the past half-century to combat a series of what Al Gore termed “inconvenient truths”­—beginning with the fact that smoking causes cancer and continuing, in pretty much a straight line, to the dangers of secondhand smoke and the anthropogenic causes of acid rain, the ozone hole over Antarctica and, finally, global warming.

Perhaps the most troubling part of the book is the common cast of characters that ties all of these separate episodes together—a few prominent scientists, mostly physicists who had made their names working on weapons systems, who cast their lot with the tobacco industry in the ’50s and ’60s and turned themselves into professional skeptics, generating the illusion of uncertainty and promoting legal and political paralysis on a succession of important environmental issues, in the face of overwhelming scientific consensus.

“Over the course of more than 20 years, these men did almost no original scientific research on any of the issues on which they weighed in,” Oreskes and Conway write. “Once they had been prominent researchers, but by the time they turned to the topics in our story, they were mostly attacking the work and the reputations of others.”

There’s a famous memo written by a tobacco executive in 1969 that pretty much explains it all: “Doubt is our product,” it reads, “since it is the best means of competing with the ‘body of fact’ that exists in the mind of the general public.”

Doubt, of course, is normally a good thing. If curiosity is the engine that propels science forward, doubt is the guide rail that keeps it on the right path. Doubt is the default setting for all scientists worth their salt, right up to the point at which the accumulation of evidence compels their belief. And even then, good scientists remain open to legitimate findings that challenge what they hold to be true.

But when doubt is artificially manufactured as an excuse for inaction, it becomes a problem. As Oreskes and Conway note, “It is easy to take uncertainties out of context and create the impression that everything is unresolved. This was the tobacco industry’s key insight: that you could use normal scientific uncertainty to undermine the status of actual scientific knowledge. As in jujitsu, you could use science against itself.”

The techniques of the doubt merchants ranged from character assassination to the funding of research aimed at blurring scientific lines to the creation of think tanks with the mission of high-profile misdirection. Whichever side of the political divide you may be on, if you read this book, I think you’ll be disturbed by what you learn.

Here’s the good news: In every case—  tobacco as carcinogen, the dangers of second-hand smoke, the role of pollution in acid rain, the role of CFCs in the ozone hole—the scientific consensus eventually won out. But here’s the bad news: If the doubt merchants’ purpose is to delay as long as possible the day of reckoning for the industries and political groups affected, it’s clear that doubt mongering works brilliantly. In the end, the tobacco companies had to pay billions in damages, but only after decades of winning every lawsuit.

Which brings us to today. All of those conspiracies of denial, it now seems, were just warm-ups, trial runs for the biggest show of all—the denial of anthropogenic climate change. And with the stakes no less than the future of our planet, the weapons systems from the battle over tobacco have been upgraded—they’ve gone nuclear.

On the denial side, it’s gotten harder and harder to argue that the jury is still out, given the 97 percent of publishing climate scientists who say the matter has been settled. So now climate scientists are routinely villainized—accused of being part of some massive liberal conspiracy. And as the changes in our climate assert themselves in our daily lives and become even harder to deny, we begin to hear yet another argument: OK, climate change may be real, but there’s nothing we can do about it, so we’ll just have to live with it.

“But there are solutions,” Oreskes and Conway argue. “Global warming is a big problem, and to solve it we have to stop listening to disinformation. We have to pay attention to our science and harness the power of our engineering. Rome may not be burning, but Greenland is melting, and we are still fiddling.”