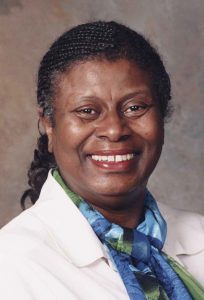 Gwendolyn Lytle, who led a distinguished career as a vocal soloist and college professor at the University of California Riverside and Pomona College, passed away on August 22 in Claremont, Calif., after a courageous battle with liver cancer. She was 74. Beloved sister, aunt, colleague, teacher, and friend, her life was dedicated to family and education. Her musical performances included operatic roles, art songs and, her specialty, Negro spirituals.

Born on January 11, 1945 in Jersey City, New Jersey, Professor Lytle was the ninth of 10 children of Margaret and Lacey Lytle who had migrated north from the Jim Crow South to find better lives. In her early years the family lived in Harlem in the basement of the building where their father was onsite janitor, and the children shared the work of stoking the coal furnace and collecting trash. There was always music in the home, especially on Saturday nights, when neighbors gathered at the Lytles’ for singing and dancing. On Sundays the family attended Ebenezer Baptist Church in Englewood, N.J., where Mr. Lytle was organist and choir director. As children, Gwendolyn and her four older sisters formed a vocal gospel ensemble that gave concerts in the New York area. They were often accompanied by their father on a Hammond B3 organ and their brother Cecil, the 10th child, on piano.

After graduating from the High School of Music and Art in Manhattan, she received her undergraduate degree from Hunter College, and went on to earn a Master of Music degree from the New England Conservatory of Music in Boston. She joined the Pomona College music faculty in 1985 after serving 10 years as lecturer at the University of California, Riverside.

At Pomona, Professor Lytle served as head of the voice studio, teaching hundreds of students during her 35-year tenure. She also taught various classroom courses, including Words and Music: Black Song and Survey of American Music. But, it was in teaching individual voice lessons that she had her most lasting impact. She was able to take anyone into her studio, beginner or advanced, and not only help them sound better, but also teach them how to become expressive musicians. For her, the emotional link between words and melody was the essence of music, and she would insist that her students make that connection. Whether it was preparing a senior music major for a solo recital, or teaching fundamental breathing to a beginning voice or choral student, Professor Lytle was able to tease out of each student more than they themselves believed possible. On hearing of her passing, many alumni mentioned this remarkable ability to help them realize their potential; almost universally, they single out her passion for music and her genuine warmth and ever-supportive spirit.

Known for her extraordinary soprano voice, Professor Lytle sang professionally all across the United States and in Europe. She was equally at home in a large concert venue singing opera or solos from the great choral-orchestral repertoire or in a small recital hall performing new music with many of her faculty colleagues, each of whom felt a special bond in their collaborative music-making.

She was generous with her time and dedicated herself not only to her students. but also to her colleagues and the College at large. A respected member of many major campus-wide faculty committees, she also served as chair of Pomona’s Music Department and of the Intercollegiate Department of Africana Studies (IDAS). She was an active member of the National Association of Teachers of Singing (NATS) and frequently served as an adjudicator for various solo competitions, including the regional Metropolitan Opera National Council auditions.

Professor Lytle was a longtime resident of Claremont, where she was a member of Pilgrim Congregational Church in Pomona. Traveling to international music festivals and concerts was both a professional endeavor and personal pleasure for Lytle.

She is survived by her brother Cecil Lytle and his wife, Betty, of Southern California; her brother Henry Lytle of North Dakota; her sister, Florence Lassiter of New Jersey; and a host of nieces and nephews.

Donations may be made in honor of Gwendolyn Lytle to the Pomona College Music Department, which is establishing the Gwendolyn Lytle Scholarship Fund for need-based aid to talented students who are studying music.