The Road to Basketball Glory 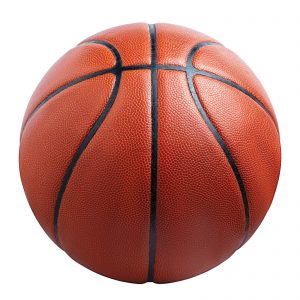 Lately, the road to basketball glory passes through Pomona College.

In July, Coach Mike Budenholzer ’92 and his Milwaukee Bucks hoisted the NBA championship trophy after defeating the Phoenix Suns in the NBA Finals.

In August, Coach Gregg Popovich and Team USA fended off France for Olympic gold in Tokyo.

“Coach Bud,” as he’s known throughout the NBA, played for Pomona-Pitzer from 1988-92 after he was briefly recruited by Popovich before the young Sagehens coach left to become an assistant with the San Antonio Spurs in 1988.

That glancing acquaintance deepened when Pop—as the longtime San Antonio head coach is known throughout the basketball world—hired Budenholzer as a Spurs video coordinator and then promoted him to assistant coach. They would work together for 19 years, piling up four of Popovich’s five NBA titles with the Spurs.

Despite winning NBA Coach of the Year in 2014-15, Budenholzer faced postseason disappointments in his first head job as coach of the Atlanta Hawks, ending with a mutual parting of ways after five years. There was more departure talk as the Bucks fell short of expectations, even falling into 0-2 holes in two of their best-of-seven playoff series on the way to the championship. But Budenholzer’s Bucks left no doubt in the end, when Giannis Antetokounmpo’s astounding 50-point performance in Game 6 of the Finals gave Milwaukee its first NBA title in 50 years. 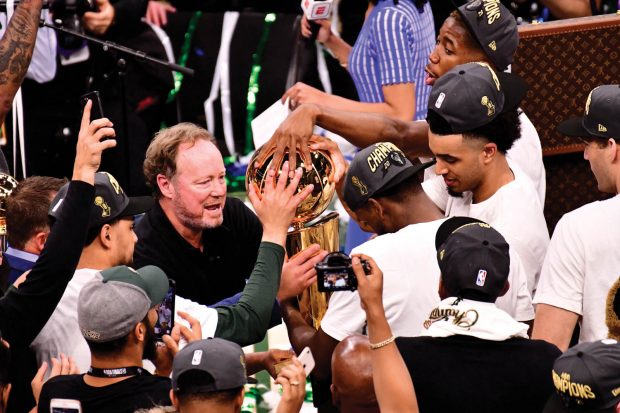 Popovich, likewise, seemed headed for possible failure as Olympic coach. Without NBA stars LeBron James, Steph Curry and others on the roster, Team USA had early misfires—notably an exhibition loss to Nigeria and a loss to France in the opening game of the Olympic competition.

For Pop, five NBA rings meant little when faced with the five-ring Olympic symbol and the duty to uphold American pride. Add to that his memories of being cut from the 1972 Olympic team as a player out of the Air Force Academy—“I was devastated when I didn’t make it, as anybody would be,” he says—and his role as an assistant coach on the 2004 Olympic team that settled for a crushing bronze medal. 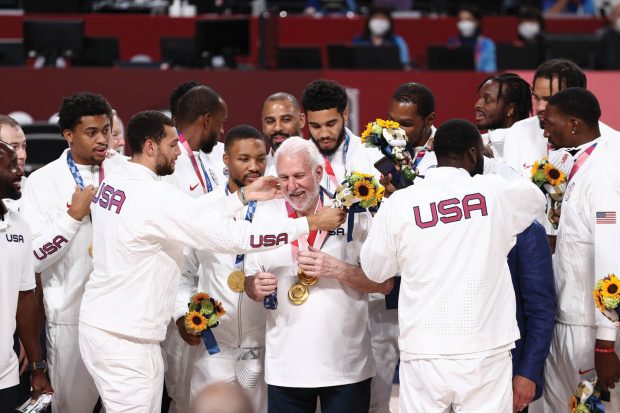 “You know what sayonara means? That’s how I’m feeling right now,” a relieved Popovich said in Tokyo after winning gold. “You know, every championship is special and the group you’re with is special, but I can be honest and say this is the most responsibility I’ve ever felt. Because you’re playing for so many people that are watching for a country and other countries involved. The responsibility was awesome. And I felt that every day for several years now. So, I’m feeling pretty light now.”

The next time Popovich and Budenholzer gather for a meal—as they often do when they get an opportunity together or with longtime Pomona-Pitzer Coach Charlie Katsiaficas—expect a toast to Pomona.

“I loved playing basketball at Pomona. It was a huge part of my experience,” Budenholzer recalled last spring during an episode of Sagecast, the podcast of Pomona College. “The reason I chose Pomona was I could get the best education while still playing basketball. … I had a couple other places [he could have played] and really none of them were probably even in the same realm academically as Pomona.”

Popovich, despite an NBA career pointed toward the Basketball Hall of Fame, has never lost his love for his days as a Division III coach at a small liberal arts college.

“I just enjoyed the atmosphere where all the players were real student-athletes and they knew that wasn’t going to be their profession or anything, but they sacrificed that time to be on an intercollegiate team,” he recalled as he prepared the U.S. team for Tokyo. “I loved the whole Claremont Colleges set-up down there with the five schools. It was really great for my family. My kids kind of grew up there during that seven or eight years.”

“It was great satisfaction, well beyond basketball.”

Retirement could be nearing for Popovich, 72. Maybe Katsiaficas could use a volunteer assistant.

“A patriot is somebody that respects their country and understands that the best thing about our country is that we have the ability to fix things that have not come to fruition for a lot of people so far. All the promises at the beginning when the country was established were fantastic. Those goals have not been reached yet for a lot of people. So being a critic of those inequalities does not make you a non-patriot. It’s what makes America great, that you can say those things and attack those things to make it better. That’s what a lot of countries don’t have. You lose your freedom when you do that. You don’t lose that freedom here.”