Jarrett Walker ’84, an expert on public transportation, talks about what would make people more likely to use trains and buses—and the surprising importance of crosswalks.
September 30, 2021  by Sneha Abraham 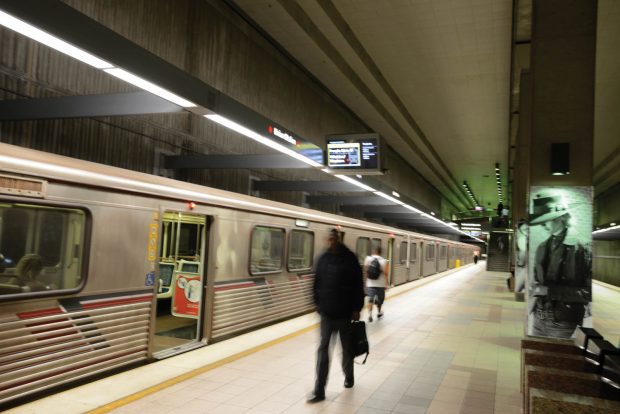 Moving people from point A to point B is a must. But horses and buggies are long gone, an ever-increasing number of vehicles are packing (or are they parked?) the freeways and teleporting is still a way off. 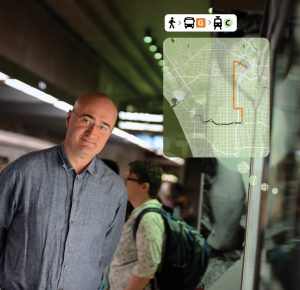 Jarrett Walker ’84 is an oft-quoted and oft-consulted international expert on public transportation who has published everywhere from the Journal of Transport Geography to Shakespeare Quarterly and been cited by Bloomberg, The Seattle Times, Atlanta Magazine and more. He has redesigned major public transport networks in North America and overseas and is a frequent speaker on transit and urbanism issues. And he says it’s not enough for mass transit to compete with cars. Mass transit must succeed.

He is certain it will. While the COVID-19 pandemic suggested that public transit is unsafe, Walker contends that it was much safer than we were being told—and time and seats occupied will prove it, despite people’s fears.

“I don’t see safety or perceptions of safety as something insurmountable,” he says. “As long as we don’t cut service, I think that inevitably many people will look at their options and find that public transit is the safest thing to do among their options in enough numbers that will get ridership.”

Riders are coming, but so is the possibility of a permanent transformation of rush hour, Walker says. But to get there requires some serious upgrades to efficiency. Walker points to the Metrolink in Southern California as an example of a very inefficient operation because it is so narrowly focused on rush hour.

“Metrolink has to position a whole bunch of trains to make one trip. There’ll be one trip from San Bernardino to L.A. And they will have to have a whole train and a crew just to run that one trip because by the time you get to L.A. and go back, the peak is over and it’s too late to do it again.”

Because racial and social equity are major concerns, the need to focus on all-day service is even more urgent since low-income people are traveling at all hours, not just the peak. But Walker has a few questions about what the equity priorities should be.

When it comes to fares, proponents say both free fares and more service are necessary. “They’re both important. But what actually happens inside of an agency’s budget when they say free fares is you get free fares instead of more service,” Walker says. “What you often get is free terrible service. If that means the service is useless to low-income people who need it, it’s hard to call that equity.”

But the soundbite of “free fares,” has a better ring to it, according to Walker, because it’s easier to explain in politics.

What’s the travel time solution for low-income workers? Less rigid work schedules, Walker says. Transportation advocates have been pressing for such change for years, but it took COVID-19 to bring it about. If less-rigid work schedules persist, that could unlock an enormous amount of resources to run better all-the-time service, he says, because rush-hour-only service is so expensive.

No doubt resources and revamps are required. But Walker thinks the political debate on infrastructure might be misdirected. For one, nobody knows what the future of rush hour looks like. As a result, he contends that infrastructure projects that depend on rush-hour demand projections should be paused, and possibly rethought. Infrastructure that can be justified by all-day demand should proceed.

A math major at Pomona, Walker says his liberal arts education helped him see the big picture. With a Stanford Ph.D. in drama, literature and humanities, a case could be made he has a good grasp of the human experience. So that combination of broad thinking and deep understanding of numbers and people might be part of what leads him to believe that while we need some big infrastructure projects, a higher priority may be “100,000 crosswalks.” Walker says that however great a bus network he designs, what remains is a huge problem for pedestrians: In much of our suburban landscape, it’s too dangerous to walk.

“I can draw the best possible network of bus services, but I can’t change the fact that I’m dropping you on one side of a road that goes 50 miles an hour and there’s nowhere safe for you to cross. You look at the actual barriers to transportation, and a lot of it is the danger or impossibility of walking.”

Elected officials don’t really know how to take credit for 100,000 crosswalks, Walker says. Instead they want their name on a big piece of infrastructure. But that’s not always what we need, he says. Sometimes yes, but oftentimes no. Walker warns that we are always in danger of building the wrong infrastructure, and a little skepticism is warranted. While politicians may garner support for building things, political pressure would be more aptly applied to fixing things, he says.