Reinventing Sports for the Plague Year 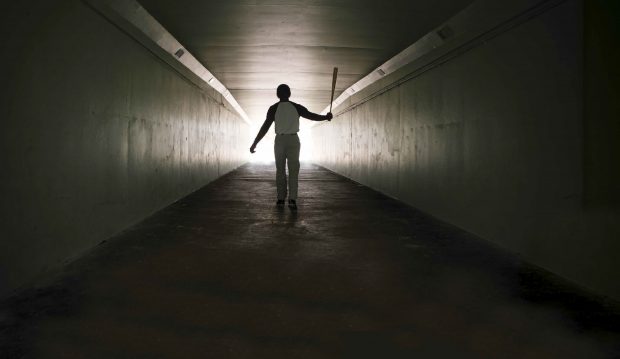 For a lot of Americans, sports equals normalcy. So the return of professional sports last summer brought a sigh of relief and a hope that things might be returning to normal, albeit a strange new normal of bubbles, air high-fives and fans checking the day’s COVID tests instead of scores. But amid all the weirdness, there was also the comfortingly familiar—the slam-dunk, the slap shot, the corner kick, the crack of the bat.

Yes, pro sports were back.

All across the country last summer, colleges were faced with the impossibility of holding fall sports as usual in the face of an ongoing pandemic. Unlike their professional counterparts, they didn’t have the option of wrapping themselves up in a protective bubble.

“I was on a call the other day,” says Pomona-Pitzer Director of Athletics Miriam Merrill, “and a parent said, ‘Well, do you think you all will use the professional bubble philosophy?” And I said, ‘No, because we’re not professional athletes. The students need to be integrated into the community just like the rest of their peers.”

As the summer surge receded and the fall surge began, just about the only part of college sports that tried to bob and weave its way through the pandemic instead of ducking and covering was major conference football. In the process, America’s favorite college sport became the poster child for how not to prevent the spread of COVID-19, as coaches and players—in some cases what seemed like whole teams—tested positive. As this goes to press, 81 games (and counting) had been canceled or postponed due to the virus.

For some sports programs that were already facing challenges, the pandemic proved to be the final straw. Pomona-Pitzer’s oldest continuous sports rival, Occidental College, announced in October that it was eliminating its football program after 133 years. Losses like these will be felt by future college athletes—not to mention fans—for many years to come.

But even as the virus resurged in the fall, there remained a slender thread of hope that at least some fall sports at places like Pomona might not have to be canceled—just delayed. Merrill noted that changes in NCAA policy have opened the door to the possible shift of fall athletic seasons into the spring, pandemic permitting. “There is conversation now of  ‘How can we support competition in the spring?’” she says. “And that would be fall, winter and spring sports, all happening during spring semester. Ultimately, we’d love to provide an opportunity for students to have a sport-related experience.”

In the end, however, the pandemic will decide what’s possible.

Pro Sports in a Bubble

While college athletics remain in coronavirus limbo, professional sports managed to make a tentative comeback in 2020, but not without some dramatic changes. Venues were empty of fans. Seasons were abbreviated. Several leagues, from the National Women’s Soccer League to the National Basketball Association, opted for the bubble approach—sequestering all of their teams in a single location until the season was over.

Mike Budenholzer ’92, head coach of the NBA’s Milwaukee Bucks, credits NBA Commissioner Adam Silver’s office and the NBA Players’ Association for working together to come up with a workable solution for basketball in a bubble. “The collaboration between those two groups,” he says, “has put us in an environment where we can have a very safe and healthy space and an opportunity to compete and play basketball again and bring NBA basketball back to the fans, and the chance to compete and crown a champion.”

Pandemic seasons were also seasons of experimentation. Major League Baseball probably set a record for significant rules changes in one year—and with none of the usual pushback from its famously traditionalist but now famished fans. Seven-inning double-headers? Sure. Runner on second at the start of extra innings? Fine. The designated hitter in the National League? Why not? Expanded playoffs? Absolutely. A World Series in a neutral-site bubble? Whatever. When the alternative is zilch, it’s amazing what fans will accept.

How many of those changes will become permanent? No one knows, but with COVID lingering, the smart betting is on most.

According to John Tulchin ’83, CEO of The Promotions Department, a company in Torrance, California, that provides in-stadium promotional materials for some 35 pro teams, the pandemic has simply given pro sports a hard shove in a direction it was already headed. “In so many ways, and in our industry too, COVID-19 is mostly an accelerator of other trends, trends that were already going on,” he says. “So, you know, things like remote viewing of games and ways to reach fans outside of the arena experience and enhancing the arena experience with technology—all of those things were happening, and this is just sort of ratcheting things up and making them happen quicker. It’s forcing teams to move more quickly in some of those areas.”

Today colleges are looking ahead, trying to plan for a variety of scenarios, including the possibility that the coronavirus never completely goes away. What’s possible, Merrill said, depends in part on the sport involved. “The NCAA has categorized sports based on risk level,” she notes. “So there are low-risk sports, like golf or tennis, where you can socially distance; you can wear a mask. And then there’s medium risk, and then there’s the high risk, which is where people are on top of each other, like in contact sports.”

For some sports, there may have to be some creative rethinking of rules, in the same way the pros have done. “Like cross country—maybe we can check times for everyone, and instead of everyone starting at once, maybe we have wave one go, and then wave two,” Merrill explains. “So there are all of these out-of-the-box ways of thinking about the sport while still staying true to the essence of the sport.”

For Budenholzer, it’s all about keeping his team going until the fans return, whenever that may be. “When that is, we’re not sure,” he says. “You know, the league and everybody will have to figure out how we get from here to there and how we can survive and be good and solid financially. But long term, I think, everybody is hopeful that we’ll be back with playing in front of the fans, and all that that provides.”

Part of the Show

In the absence of flesh-and-blood fans, pro sports leagues have experimented with a range of simulations, from low-tech (cardboard cutouts to fill seats) to medium-tech (recorded crowd noise) to cutting-edge (real NBA fans cheering from virtual seats on giant screens).  All that effort to simulate their presence is a reminder that fans aren’t just consumers—they’re an important component of the show itself. The title of an article in The New York Times last summer maybe said it best: “If a Dunk Echoes Across an Empty Gym, Is It Still Must-See TV?”

“We really miss the fans just from an emotional point of view,” Budenholzer says. “They’re a big part of the game, and you start talking about the business side of it—the role that our fans play in our sport is critical. We’re all hopeful that eventually we’ll be back to playing in front of fans and stadiums with excitement.”

The tentative return of live fans actually began this fall with the start of both major college and pro football seasons and baseball’s World Series, but the numbers admitted were only a fraction of stadium capacity. With the virus threatening to hang around much longer than originally expected, teams may have to find a way to survive with sharply reduced levels of ticket sales—not to mention crowd noise—well into 2021, if not beyond.

Though Tulchin’s company can’t sell the usual quantities of bobbleheads or rally towels right now, he’s been having discussions with teams about what it will look like as they welcome back fans with health protocols still in place. “How do you get people in and out without it being crowded?” he asks. “How do you avoid concession lines? So they’re having to figure out creative ways around that, with mobile ordering and that kind of thing.”

Tulchin’s firm had already been helping teams obtain hard-to-find masks and hand sanitizers, both for use internally and as branded outreach to fans. But now he sees a need for a range of new logistical items geared to the pandemic. “There’s a whole host of things that we’re likely to be involved with—not only things that might be promotional items in the arena, but, you know, how do you promote social distancing?” he says. “You’re going to need a lot of signage, a lot of floor decals, and you’re going to need personnel that may need to be identifiable. How do you block off seats so that people don’t go and sit down somewhere where they’re not supposed to? So those are all things that potentially are opportunities for us, although I’d much rather provide 10,000 flags that everybody gets as they come in the gate than this other stuff.”