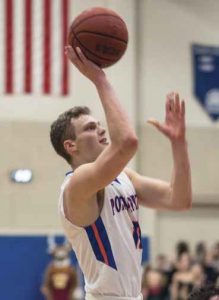 It was an eventful winter for Pomona-Pitzer sports as Sagehens swept the SCIAC tournament championships in men’s and women’s basketball and dominated the conference once again in swimming and diving.

The men’s basketball team claimed both the conference title and the tournament, with a historic season featuring program bests for wins (26), conference wins (15), win-streak (18) and highest national ranking ever (No. 9). The team also advanced to the second round of the NCAA tournament with a 58–37 win over Texas-Dallas before losing to second-ranked Whitman College in round two.

After finishing second in the conference, the women’s basketball team won their first SCIAC tournament championship and advanced to the NCAA tournament for the first time since 2002. Although they lost in the   first round to the University of Wisconsin, Oshkosh, the team finished with 22 wins, topping 20 wins for only the seventh time in program history. 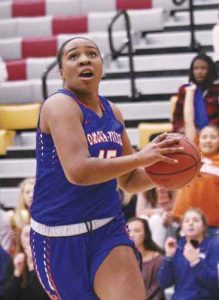 The men’s and women’s swimming and diving teams also swept the SCIAC championships for the second time in as many years. The women went on to place seventh at the NCAA championships, with the men taking 11th overall. The teams combined to end the year with 20 All-Americans.

The Pomona-Pitzer men’s cross-country team finished the NCAA in seventh place overall, while the women’s program finished 32nd at the national championships.

The men’s water polo team went undefeated in conference play and breezed through the SCIAC tournament to reach the NCAA, where they fell to Long Beach State in the opening round. They finished the regular season 22–8 and held noteworthy victories over UC Irvine and Princeton. This is the third straight year the men’s water polo program are conference tournament champions.

As this issue was going to press, the women’s water polo team had just finished their second consecutive undefeated conference season.