Home » Uncategorized » From the Perspective of a Trilobite

From the Perspective of a Trilobite 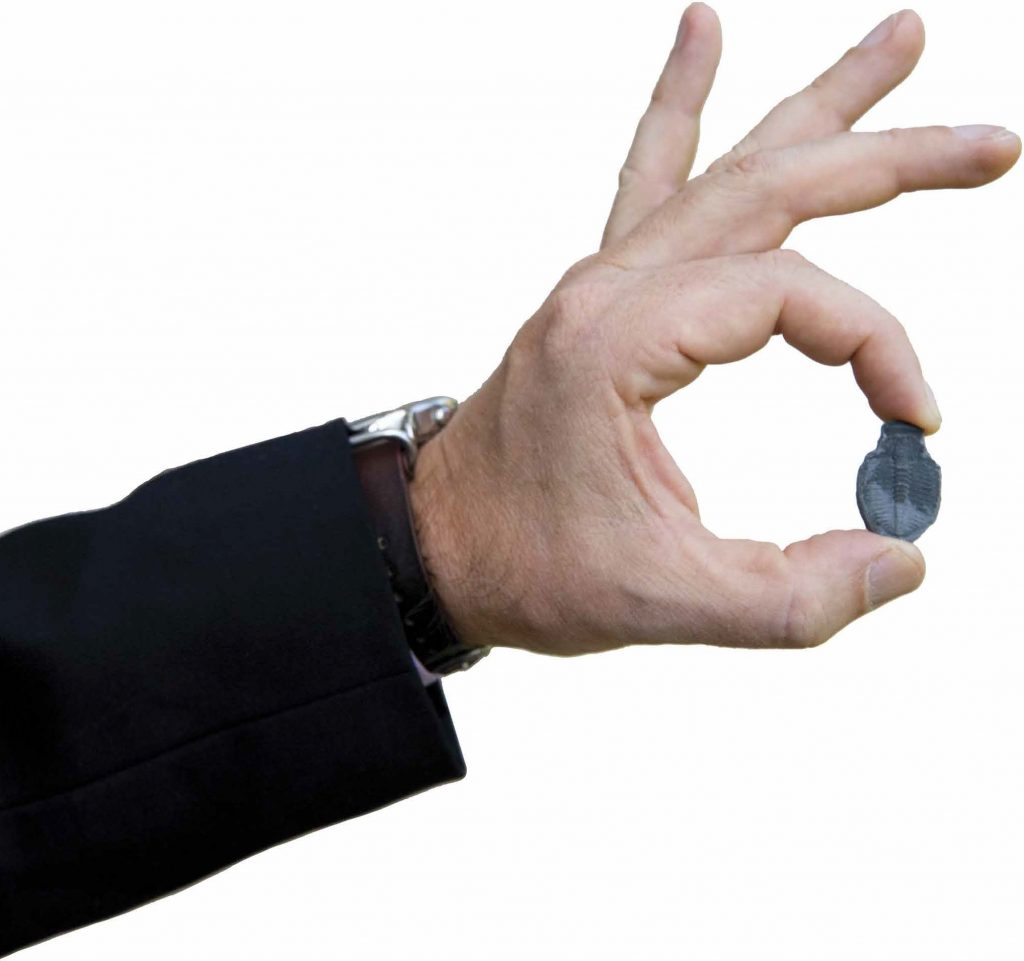 Interim Dean of the College Bob Gaines holds a fossil of elrathia kingii, more commonly known as a trilobite.

Interim Dean of the College and Professor of Geology Bob Gaines threw a geological twist into the College’s opening convocation on the first day of the fall 2019 semester by presenting a very small but very old gift to each member of the entering class. The gift—a 504-million-year-old fossil trilobite from the Wheeler Shale in western Utah, was both a memento of the students’ first day of classes at Pomona and a focal point for his welcoming speech, which focused on time, on both the geological scale and the human scale of the four-year college journey upon which each of the new members of the Class of 2023 has now embarked.

“What you hold,” Gaines explained, “is an animal half a billion years old. In Earth terms, this beast is a mere youngster. It appeared after 89 percent of Earth’s history had already elapsed. The last 500-plus million years—which constitute the entire history of complex life on Earth, represent only the most recent 11 percent of Earth’s history and a far, far lesser proportion of the history of our universe.”

After tracing the very long journey each of those tiny fossils had taken through ancient seabeds, rock formations, geological uplifts and ice ages to the present day, he quipped: “So, this is the perspective from which I speak when I remind you that four years is actually a relatively brief expanse of time.”