Home » Uncategorized » Broadcasting Live from My Home to Yours

Broadcasting Live from My Home to Yours 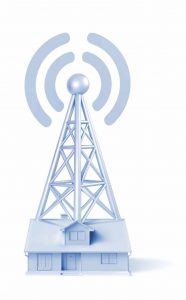 When California Gov. Gavin Newsom issued a statewide stay-at-home order in March, that became official in a manner of speaking: Broadcasting was deemed an essential service along with other media.

The only problem was that all the student DJs were gone after the closing of campus. But Erica Tyron SC ’92, Pomona’s director of student media and KSPC station manager, kept the station going at first by patching together pre-recorded or archival shows and public service announcements. Soon students and alumni began sending in prerecorded shows on MP3 files though Box or Dropbox. A few local community and alumni DJs dropped by the studio.

But one student, Hannah Avalos ’21, started broadcasting her Friday show live from her home in Whittier, spanning the 25 miles to campus via a Zoom connection that gives her mouse-control access to the KSPC studio in Thatcher Music Building.

For Avalos, the high-wire adrenaline of being live sustains her in the stay-at-home era—all via technology undreamed of when KSPC first signed on to the airwaves in 1956.