The New (Ab)Normal in Housing
December 3, 2020  by Marilyn Thomsen 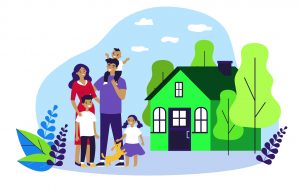 When Walker Wells thinks about the future of housing in a post-pandemic world, he sees green. “Green housing comes out of sustainability,” he says. It “looks at the relationship between the environment, social equity and the economy.”

Even before the pandemic, homelessness was one of the major problems facing the U.S., especially in megacities. The crisis of unaffordability is a problem born of success. As cities like San Francisco, Los Angeles and New York have grown increasingly affluent, the cost of housing has skyrocketed, becoming out of reach for many of the workers who make urban life possible but whose wages have not kept up with housing inflation.

Efforts to address the housing shortage by building subsidized units often run into “not-in-my-backyard” resistance, even from those who recognize and want to solve the problem of the unhoused. Enter “greening”—a word Wells says is purposefully chosen to show ongoing action, and which can appeal to those with a desire to fight climate change. “People conflate older, deteriorated public housing … with all affordable housing,” he says. Yet “green often goes along with quality. A certified green rating gives people confidence that [affordable housing] will be well designed, maintained and attractive.”

Wells, a principal at Raimi+Associates who teaches a class on “Green Urbanism” for Pomona students, wants to dispel the notion that green building is too expensive for affordable housing. “Reluctance—maybe resistance—can come from housing advocates,” says Wells. “They sense it is a zero-sum game, trading green for units.” In fact, he believes that in a world facing climate change and the possibility of future economic disruptions, not building green may be what is too costly. The dollar difference is, in his words, “shockingly low.”

Building green only adds about 2 to 2 1⁄2 percent to the project budget. “Higher-quality, more-efficient equipment will save more money than it costs by a factor of three,” he notes.

One significant development in affordable housing could be greater use of prefabricated, modular housing units that are built in a mass-production factory, shipped to their final destination, and then “stacked up like Lego bricks,” says Wells. In theory, the units could be built more quickly in a controlled, resource-efficient environment. So far, though, Wells notes, modular construction has not yet been demonstrated to be more cost-effective than traditional building methods.

Each year, Wells asks his students to analyze their own ecological footprint—how many Earths does it take to sustain their lifestyle? “A number of them say, ‘When I’m out of school, I can do this green stuff,’” he remarks. “But sharing living spaces, being frugal, are all part of being green as well. An LEED [Leadership in Energy and Environmental Design] house on top of a mountain that you drive to in a Tesla may not be more green than sharing an apartment built in the ’70s and only turning on the A/C when desperate,” Wells says. “When they are in a position to choose on housing,” going green “will be a consideration.”

Wells sees positive trends continuing in housing, among them net-zero design so buildings offset their energy use, and “biophilia”—reflecting a desire to be connected to other living things. “There’s so much innovation going on,” he says.