A Taste of Scarcity 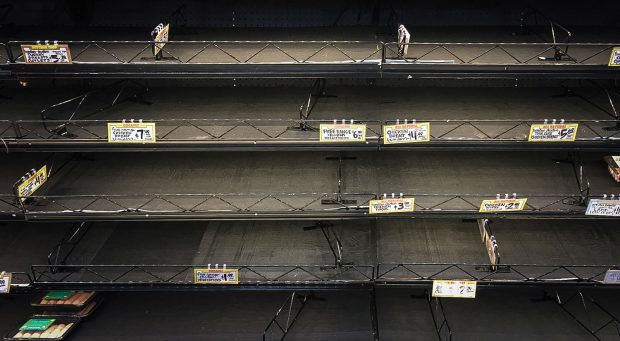 Half-stocked shelves, meatpacking plant shutdowns, broken supply chains. Food scarcity is not what Americans expected in the 21st century, but it became a reality early in the pandemic. It may be but a hint of global food issues ahead, not only because of more frequent pandemics but also because of climate change.

Jan Low ’78 holds a Ph.D. from Cornell in agricultural economics and was a co-laureate of the 2016 World Food Prize for her work on biofortified sweetpotatoes in sub-Saharan Africa. Through Low’s efforts with her team, the improved sweetpotato—rich in vitamin A—has become an established part of the diet in many parts of the region, helping save the eyesight of hundreds of thousands of children while strengthening the nutrition and food security of millions of people.

In Kenya, where Low leads the Sweetpotato for Profit and Health Initiative of the International Potato Center, COVID-19 was effectively contained during the first phase of the pandemic, in part because of significant government restrictions. (With a population of about 54 million, Kenya had about 1,100 COVID-19 deaths through early November, according to the World Health Organization.)

“But food prices now are going up, and of course the big concern is the quality of the diet,” Low says. “The households that are very poor, obviously, when these kinds of things start to happen, diet is what drops out first. Your animal-source foods, your fruits and vegetables. People eat fewer meals a day, and they rely on their staples.”

As the world emerges from the pandemic, Low says, “we should wake up and see the problems in the global food system.”

“We recognize that during these peak periods of time, the quality of diets really goes down, particularly for the poorest households. But when we build back, let’s try and make it a more equitable, healthier system than the one that’s been evolving.”

More difficult times lie ahead, Low says. In East Africa, climate change already is contributing to erratic rainfall and unseasonable temperatures that impact agricultural output. A plague of locusts even descended in some areas—floods in others, all in the same year.

Not only the developing world faces food challenges, however. “I think one of the very, very worrying challenges that the U.S. will face is we are the global grain producers,” Low says. “Out in the Midwest, those are the fields that feed the world,and they’re facing climate change for the first time. A lot of those fields in Iowa are not irrigated. They’ve had dependable regular rainfall. And some of that is changing now.”

Meat is likely to go up in cost as livestock feed grains become more expensive, though people might also move toward consuming less meat out of health and environmental concerns.

“Everybody says, you know, everything’s going to dramatically change … but I think behavioral change is very hard,” Low says. “So the question will be, unless there’s really an investment to change the inequities in our income systems, the inequalities are going to grow more.

“I fear for the United States because I look at the rates and divisions of inequality between rich and poor, and Kenya has the same problem. There’s a wealthy class. There is a small but growing middle class. And then there’s this huge number of poor people.

“At some point in time, people say enough is enough. So, you know, we’re really at one of those critical points.”