After witnessing terrible wrongs as a medical student, Dr. Karen Benker ’67 has devoted her career to the fight for medical justice.
August 3, 2016  by Alexander Gelfand 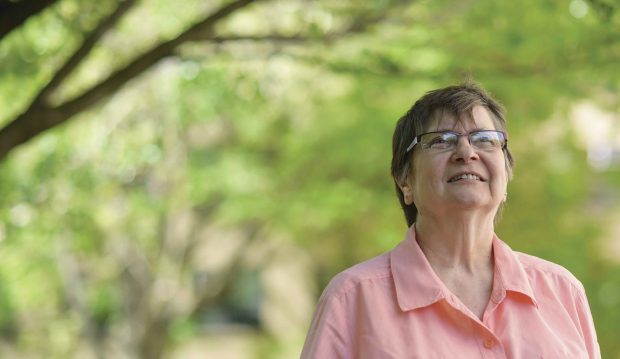 MOST DOCTORS HAVE war stories from their days as medical students: their first encounter with a cadaver; their first rotation in the emergency room. Few, however, compare with Karen Benker’s.

As a student at the University of Southern California’s School of Medicine from 1967 to 1971, Benker did rotations at what was then the L.A. County Hospital (now LAC+USC Medical Center), a large public teaching hospital in the predominantly Mexican-American neighborhood of Boyle Heights. She became especially familiar with the obstetrics ward in the Women’s Hospital unit, where she worked as an obstetric technician, delivering babies on the night shift.

It was an eye-opening experience.

On her very first day on the ward, Benker heard a senior physician declare how “wonderful” it was that the obstetrics department had just received “a big federal grant to cut the birthrate of the black and Mexican population.” Soon after, she would discover that many African- and Mexican-American patients were in fact bullied into being surgically sterilized.

“You want this?” she recalls hearing one resident ask a laboring woman as he held a syringe full of painkilling medicine in front of her, a sterilization consent form at the ready. “Sign!”

“It was barbaric,” says Benker, who is now an associate professor of health policy and management and associate dean for community public health affairs at SUNY Downstate College of Medicine in Brooklyn, New York.

In 1975, a small team of lawyers filed a class action civil rights lawsuit in federal district court against the hospital and state and federal officials on behalf of 10 Mexican-American women who claimed that they were coerced into undergoing a sterilization procedure known as tubal ligation. The lawyers argued that sterilizing their clients without their informed consent violated their right to bear children—a right guaranteed under the Supreme Court decision Roe v. Wade.

Once largely forgotten, the story of Madrigal v. Quilligan came to national prominence again in 2015 thanks to the release of No Más Bebés (“No More Babies”), a documentary film by Academy Award–nominated director Renee Tajima-Peña that explores the events surrounding the case. And the details of what transpired remain as disquieting today as they were when Karen Benker first witnessed them nearly 50 years ago.

Some of the women of Madrigal were sterilized without their knowledge while under general anesthetic, only to discover months or years later that they could no longer bear children. Others were falsely assured that the procedure was medically necessary or easily reversible; most were pressured into giving consent while they were in active labor, their minds fogged by painkillers. Several were accused by nurses of “burdening the taxpayers” with their offspring, or harassed by doctors who insisted that their poverty and immigration status would make it difficult for them to raise any more children.

Although a resident at the hospital leaked evidence crucial to the case, Benker was the only hospital employee who testified in court on behalf of the plaintiffs; the rest either agreed with what had gone on or feared retribution. “She’s a great heroine in my eyes,” says Virginia Espinosa, the historian who produced No Más Bebés. “She would not be silent.”

Although the judge found in favor of the defendants, the publicity generated by Madrigal helped draw attention to a pattern of coerced sterilization among minority and low-income women throughout the United States. (Other affected groups included African-Americans in the South, Native Americans under the care of the Indian Health Service, and working-class women in Puerto Rico.) The case ultimately helped drive changes to sterilization laws and consent protocols across the country, and expanded the conversation around reproductive rights to include not only abortion and birth control, but also the right to procreate.

As a result, says Benker, the women of Madrigal lost their case, but they won the battle.

Seated at a long oval conference table in the SUNY Downstate building, the surrounding neighborhood of East Flatbush visible through the window behind her, Benker—thoughtful, easygoing, and quick to smile—does not look like a firebrand.

Appearances can be deceiving.

Growing up in the hamlet of Quaker Hill, Connecticut, Benker always dreamt of becoming a doctor. As an undergraduate, she was already riding the bus to USC to serve as a guinea pig in the School of Medicine’s earliest experiments with case-based learning—a model of medical training that has students meet immediately with patients, rather than spending their first two years memorizing material from textbooks. She was, she says, fairly naïve, her politics moderately conservative.

But the sixties were tumultuous times, and Benker, who speaks of the high school friends she lost in Vietnam and describes the Watts riots that raged across South Central Los Angeles in 1965 as “earth-shattering,” remembers them as an era when many in her generation became increasingly aware of the injustices perpetrated within and by American society.

The experiences that she and her fellow students shared at L.A. County Hospital could only have hastened the process. For most, she says, their encounters with patients represented their first exposure to an impoverished black and Hispanic population, and “a first understanding of what it’s like to be a 40-year-old mother with seven kids who has to work 12 hours a day.”

If time and place contributed to the awakening of Benker’s social conscience, they also conspired to provide her with a singular opportunity to act on it.

In 1909, California became one of the first states to pass a law sanctioning the nonconsensual sterilization of the feebleminded and the unfit, thereby propelling it to the forefront of the American eugenics movement. According to historian Alexandra Minna Stern, by the time California repealed its sterilization law in 1979 in response to Madrigal, the state was responsible for one-third of the more than 60,000 nonconsensual sterilizations carried out nationwide in state-run hospitals and homes.

Even after eugenics lost its luster after WWII, many in California and elsewhere continued to embrace sterilization as a tool for combating overpopulation by limiting reproduction among welfare mothers, immigrants, and others regarded as representing a burden on society. In 1968, when Benker was in her second year of medical school, the Stanford biologist Paul R. Ehrlich published The Population Bomb, which predicted that out-of-control population growth would lead to mass starvation. By that same year, approximately one-third of all women of childbearing age in Puerto Rico had been coercively sterilized under a population-control program funded by the American government.

There were other factors at play, as well. The very notion of informed consent was still in its infancy: The National Research Act, which requires that doctors obtain informed consent from human research subjects, was passed only in 1974, following the revelation that hundreds of black men had been intentionally deprived of medical treatment as part of the Tuskegee Study of Untreated Syphilis in the Negro Male. What’s more, the late 1960s saw a massive influx of federal funding for birth control and family-planning services, much of it pumped into public teaching hospitals like L.A. County, where residents often felt pressured by their superiors to perform a certain number of surgeries every day. And while not all hospital employees harbored racial and ethnic prejudices, some clearly did: In her deposition for Madrigal, Benker described how physicians in the Women’s Hospital referred to Chicana patients as “beans.”

Add it all up, and you have what the sociologist Elana Gutierrez has called a “perfect storm” of circumstances leading to coercive sterilization. With its high proportion of African-American and Mexican-American patients and its factory-like atmosphere—Benker recalls the labor room as a small space crammed with women crying out in pain as nurses and doctors rushed about to free up beds—the obstetrics ward at L.A. County may have been especially conducive to such abuse. 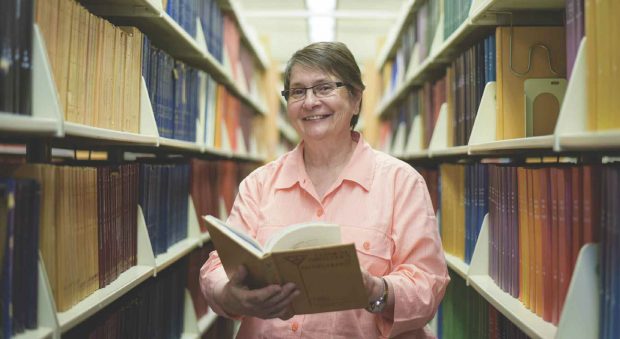 “It was a good environment for people to do the wrong thing,” she says.

It was also, for Benker, a crucible of sorts; she would devote the rest of her career to public health, advocating on behalf of immigrants, children, and other vulnerable groups.

After graduating from USC, Benker did an internship at Lincoln Hospital in the South Bronx, an area whose large Puerto Rican population still bore the scars of the territory’s mass sterilization program. While there, she helped establish the Committee to End Sterilization Abuse, or CESA (“stop” in Spanish), which convinced the New York City Council to pass a law requiring that a woman give consent no less than 30 days before being sterilized. Then she heard about Madrigal.

Antonia Hernández, the young Latina lawyer who served as co-counsel for the plaintiffs, came to New York to discuss the case and slept on the floor of Benker’s studio apartment. Benker, in turn, flew to Los Angeles to help raise funds for the suit. In 1978 she gave her testimony in federal court, a lone doctor speaking out against what she had witnessed seven years earlier.

Back in New York, Benker served as director of programs for homeless families at the New York City Department of Health; conducted research for the Legal Aid Society on the health outcomes of homeless pregnant women, which led to reforms in the services provided to such women; and investigated the conditions of children living in foster care. After coming to SUNY Downstate in the early 1990s to work with HIV patients, she became director of the school’s first Community Health Center and developed its Master of Public Health Program.

When Espinosa began researching Madrigal in 1994, Benker readily agreed to participate—just as she did when Espinosa and Tajima-Peña decided to make No Más Bebés. “Bringing the facts to a wider popular audience was thrilling to me,” she says. “It meant a new generation of people could learn about this very disturbing aspect of medical and social injustice.”

These days, Benker focuses on policy issues surrounding mental illness and spends most of her time teaching—or as she puts it, trying to develop a healthcare workforce that won’t make the mistakes of the past. Mistakes that she has seen firsthand and has spent a lifetime trying to make right.

“It’s a great way to get up in the morning,” she says.

And with that, the heroine of Madrigal pushes back her chair, rises to her feet, and prepares to set an exam for her students—young men and women, many hailing from working-class immigrant families, whom she is training to take up a battle that she has waged for nearly half a century, and of which she has clearly yet to tire.