Two Pomona alumni with long histories in the field of law enforcement discuss their thoughts and experience in the effort to achieve equal justice under the law.
June 24, 2020  by Patricia Vest 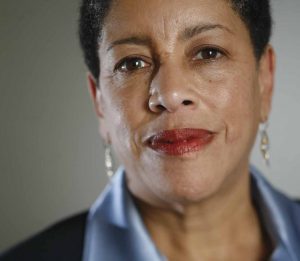 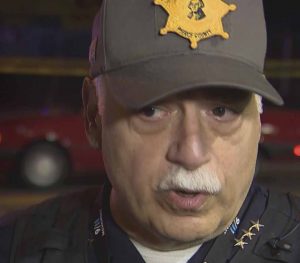 A confident, no-nonsense person, Joyce Hicks ’74 spent most of her career in city government, fixing and managing agencies by making data-driven decisions. A UC Berkeley-educated lawyer, she was recruited to lead several departments in Oakland, including its Citizens Police Review Board (CPRB). Toward the end of her professional career, she led for almost a decade one of the most powerful civilian police oversight bodies in the country, San Francisco’s Office of Citizen Complaints (OCC), now the Department of Police Accountability.

But on May 25, Hicks did something uncharacteristic. She rushed to judgment, certain that she had just witnessed a murder.

The death of George Floyd under the knee of a Minneapolis police officer overcame her with so much emotion that she wept. “In my career I had never seen such a sustained and callous disregard for life and plea for mercy,” says Hicks, who is African American. “George was just a bit older than my own son.”

For his part, Sheriff Paul Pastor ’71 thought he had pretty much seen it all during more than 40 years in law enforcement, but on May 25, he, too, was taken aback. “What happened in Minneapolis took place in the midst of America’s long-standing unresolved racial divide,” the longtime sheriff of Pierce County says. “Police officers encounter this divide on a regular basis, and their decisions have the potential to perpetuate it or to help resolve it. In Minneapolis, we saw an instance of perpetuation.”

Both Hicks and Pastor pointed out that policing involves hard ethical and legal decisions that frequently have to be made in difficult and chaotic situations.

One of the first things that Hicks did as executive director of Oakland’s CPRB in the mid-2000s was to take an 10-hour ride along with a police sergeant. One of the things she quickly learned was the inadequacies of the practice of hiring young officers, some even straight out of high school. “They don’t have enough life experience and knowledge necessary yet to process some of the situations they will be in,” she says about young cadets.

In George Floyd’s case, three officers involved were charged with aiding and abetting second-degree murder. Two of those officers were novices. “When you’re a rookie cop and your field training officer is doing something wrong, it takes a lot of courage to say stop. There has to be a culture shift. You have to have your own moral code.”

Pastor agrees. He advises law enforcement agencies to reexamine their cultures because “culture is more pervasive and powerful than rules and procedures. This does not mean that all agency cultures are hopelessly tainted. It means that we need to refine and rededicate to key ethical values. Where we find that we fall short, we need to own up and make changes.”

Pierce County is more than 1,500 miles from Minneapolis, but Pastor says people in his community have experienced the same profound anger, frustration and disappointment felt in communities across the country. He saw those same feelings among his personnel in the Sheriff’s Office.

“I believe that it is necessary for us to ‘call out our own’ when mistakes are made or when conduct is just plain wrong,” he says. “The actions in Minneapolis reflect on the credibility of my deputies. I tell my new recruits that, whether fair or unfair, the conduct of any of us reflects on all of us. Especially in the age of hand-held video and body cameras, our conduct is on display and subject to review.”

He adds that incidents involving the use of force against Black men by police officers stand as markers of America’s racial divide. “Those who peacefully protested earlier incidents as well as those who protest the death of Mr. Floyd have a simple but important message. Namely, that ‘equal justice under the law’ is the very essence of what America is supposed to stand for.

“I’ve seen things get better in our profession. Hopefully, I’ve contributed to that a bit. But things still need to get better than this. And the recent incident in Minneapolis sure feels like a setback.”

Unfortunately, Hicks believes, for Blacks in America, setbacks have become the norm. She recalls that her father, who was a pilot with the original Tuskegee Airmen during World War II, protested the mistreatment of Black officers by white commanders. “We’re still protesting some of the things my late father once protested,” she says. “As a society, we’re going backwards in terms of race baiting and inciting violence based on race.”

But in terms of civilian oversight of police, she believes the country is moving forward. “The work in San Francisco and the progress these agencies are making around the country is hard work, but it is forward-thinking,” she says. “But until this country can come to grips with racism, the job of police officers will continue to be treacherous and also be a microcosm of our society.”

At a time when there is a public outcry for police reform, Hicks believes a civilian agency overseeing a police department can make a difference. While in San Francisco, she had to build relationships with community groups, police administrators and union officials. She carefully examined police department patterns through data collection, and she also had to improve the caliber of investigations focusing on complaints that raised policy issues, such as vehicle pursuits and use of force.

Under her leadership, San Francisco civilian investigators looked into citizen accusations of misconduct or neglect of duty, interviewing the complainant, the officer and witnesses and gathering internal and external documentary evidence. The office’s decisions were based on relevant evidence. If the investigators sustained a complaint, Hicks would send a report to the police chief, who could hold a disciplinary hearing. Hicks also had the discretion to forward a complaint to the police commission if the chief did not agree that misconduct had occurred. For more serious misconduct, Hicks filed charges directly with the police commission, with or without the concurrence of the police chief. “Civilians can hold the police accountable in ways that extend far beyond individual complaints, potentially covering broad areas of police practice and policy,” she notes. “It is important to effect change on police department policies. Only a small number of officers will be impacted with disciplinary matters, but policy change is department-wide.”

One of the programs Hicks is most proud of is the mediation program created at the OCC. The voluntary program meant that both the complainant and the police officer had to agree to mediate. In San Francisco over 90% of the eligible officers and 55% of complainants agreed to participate in mediation. “We had the highest voluntary per-capita officer participation rate in our mediation program in the nation. We had skilled mediators who conducted these mediations. The conversation wasn’t always about an apology, but it was about both the officer and the complainant having an opportunity to explain their position.”

Currently there are more than 200 civilian oversight boards in the U.S. and 18,000 law enforcement agencies, according to the National Association for Civilian Oversight of Law Enforcement, an association where Hicks was a board member. There’s no strict definition for these boards, and their latitude could encompass responsibilities ranging from investigation to review and audit. In addition to Oakland and San Francisco, where Hicks served, other major cities with civilian oversight agencies include New York, Chicago, Atlanta, Los Angeles and New Orleans.

Beyond their outrage, both Hicks and Pastor believe policing can be done right and that change must come.

“I have hope,” says Hicks. “I have worked in environments where police chiefs and commissioners want to create change, but we need civilians on the front lines always reminding them that you must have civilians keeping you accountable.”

In his upcoming retirement, Pastor hopes to make a further contribution at a national level. “I’ve been doing things with the Major Sheriffs­ Association of America and the National Executive Institute at the FBI. I’d like to spend more time on that,” he says. “I would also hope that new graduates would consider a career in policing. I have found it to be both morally and intellectually engaging. We are not a perfect profession, nor are we perfect people. Like America, we have a long way to go. But we regularly make a positive moral difference in the communities we serve. Few other professions do this as often or as intensely as does policing.”