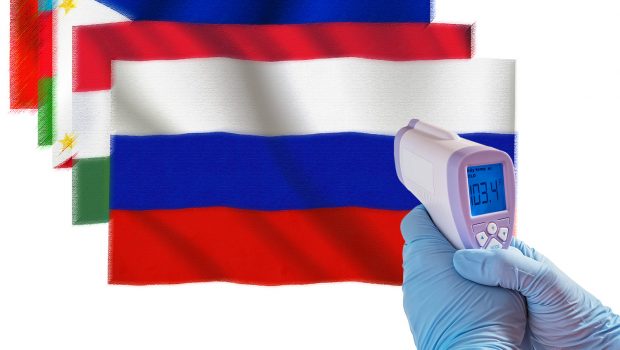 The world was already in an authoritarian moment even before COVID-19 overwhelmed our lives in the spring of 2020. After a surge of democratization following the end of the Cold War, in the late 2000s democratic gains began to reverse. Since 2006, more countries have declined in freedom than gained it. At the same time, democratic openings in diverse parts of the world have failed to produce democracy. Neither the Arab Spring of 2011 (with the notable exception of Tunisia) nor electoral challenges to autocracy in countries such as Venezuela and Zimbabwe succeeded in reversing the slide toward authoritarianism. Only six of the world’s 15 most populous countries (India, the United States, Indonesia, Brazil, Japan and Mexico) can now be classified as democracies. And yet even in these countries, the trend has been toward growing executive power and illiberal populism.

The novel coronavirus has already exacerbated these trends, for reasons both internal and external to the countries experiencing democratic decline.

I begin with the internal. Coronavirus has led people to fear for their lives. History teaches us that when people fear for their lives, they tend to be willing to trade freedom for security. Measures like border closures are immensely popular because it shows people that the state is doing something. In this w sense, a pandemic resembles war, which also tends to produce a “rally-around-the-flag” effect in which people are willing to stand behind their leaders, often in an uncritical way. We saw this with the Patriot Act after 9/11 in the United States, but even way back in the Middle Ages, European monarchs increased their power as a result of the plague that devastated the continent at the time.

Democracy may be sufficiently robust to withstand a temporary strengthening of executive power and a weakening of independent institutions to respond to a crisis in well-developed democracies. However, in new or fragile democracies, autocrats looking to maintain their power and patronage under the cover of coronavirus can deal a fatal blow to democratic institutions. They can harness a sense of fear or disruption to solidify their own power or that of their ruling clique or to expand it further. They can also use disinformation as a tactic—as a way of distracting, dividing and discrediting legitimate, factual sources of information while disparaging experts. In the end, disinformation, too, undermines democracy. This tactic, sadly, has also been deployed here in the United States more recently, but it has a long history in the autocratic toolbox.

The legitimacy of elections—the most basic ingredient of democracy—can also be undermined by leaders under the cover of the coronavirus threat. This can entail suggesting that alternate voting methods are inherently corrupted or delaying elections in the name of the pandemic.

Consider the Middle East and North Africa (MENA), a region I teach and write about at Pomona. MENA leaders are using COVID-19 as an opportunity to expand their political and security authorities. These changes are likely to be permanent and will lay the groundwork for stronger authoritarianism across the region. Egypt has cracked down on journalists, including detaining prominent Egyptian journalist Lina Attalah and summoning foreign correspondents to complain about their critical coverage of the country’s coronavirus response. Israeli Prime Minister Benjamin Netanyahu struck a deal to form an “emergency government” that would allow him to remain in office after three failed attempts to form a ruling coalition. Jordan and Morocco have similarly used emergency powers to arrest journalists and citizens for “spreading rumors” about the virus.

But there is an external autocracy-strengthening dimension to the pandemic as well, and also one that bolsters trends that had emerged before COVID-19. In recent years, the democracy and human rights promoting role of the United States has diminished greatly. Part of this is a function of declining U.S. power, but it is also about the Trump administration’s relinquishing of America’s traditional democracy-promoting role. The administration has not only turned a blind eye to repression around the world, but in some cases the president himself has openly praised autocrats like Egyptian president Abdel Fattah al-Sisi while disparaging allies like German Chancellor Angela Merkel.

This has created a permissive international environment for the spread of autocracy around the world. While in the past the threat of U.S. censure (though that was hardly consistent even before Trump) moderated the authoritarian excesses of regimes from Eastern Europe to Latin America. Now they feel they have the acquiescence of a White House only interested in a transactional foreign policy.

The coronavirus has distracted Washington, giving autocrats even more room to ramp up repression. On top of that, the Trump administration’s “America First” approach means that it has yielded the diplomatic prerogative to competitors such as China, Russia and Iran, who have cleverly exploited the void by offering assistance and spreading disinformation. China’s influence was growing even before COVID-19, but with growing economic hardship, countries are pursuing new forms of economic cooperation with Beijing. Ironically, despite its own coronavirus failures and despite being the source of the pandemic, China’s reputation is improving. China, of course, is not interested in democracy and human rights and, if anything, prefers to deal with other autocratic states. Meanwhile, the perceived shortcomings of the U.S. response to the pandemic coupled with domestic failures—think the brutal killing of George Floyd and the resulting protests—have lowered American credibility as a promoter of democracy and human rights. “I can’t breathe,” the Chinese foreign ministry recently tweeted in response to U.S. criticism of its policies in Hong Kong.

Thus, the pandemic has strengthened the fortunes of the world’s “autocracy promoters”—countries such as China, Russia, the United Arab Emirates and others. In part this is because the Trump administration (with the possible exception of the Chinese power grab in Hong Kong), which has already proven that democracy promotion plays a minor role in its foreign policy, is even less willing to stand up to them.

In sum, both internal and external counter-democratic trends—many of which were already evident before coronavirus spread across the globe—have only been strengthened by the pandemic. In the short and medium term, the effect on democracy around the world is thus grim.

What about the longer term? The answer will depend in part on how ordinary citizens react to the expansion of state power in both democracies and dictatorships. After all, when a vaccine is made available and the threat of the virus dissipates, governments will have less room for maneuver. Corruption and overreach will be exposed. Will people rebel, or will they be complacent?

We might see evidence of both, depending on the country. In Hong Kong, we have seen protests against Beijing already. In Iraq, Algeria, Iran and Lebanon—all places in which there were ongoing mass protests before COVID-19 and where services are poor and corruption is rampant—protests could quickly re-emerge. On the other hand, major protests could also contribute to a second wave of infections, providing a pretext for further government crackdowns.

Yet, in another scenario, protests might not erupt at all, given the fear of past violent government repression and the fact that anti-protest measures are likely to be more brutal than ever. And also because the measures deployed in response to the pandemic could give civil society, opposition groups and other vestiges of democracy a decisive death blow in countries where democratic institutions were already weak.