Four score years ago, the sciences were alive and well at Pomona, as evidenced by these brief stories from the mid-1930s. 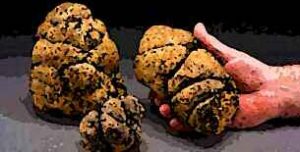 Pomona professors Jerome D. Laudermilk and Philip A. Munz made headlines after traveling to the Grand Canyon to study a rare find: 20,000-year-old giant-sloth dung. According to an article in the Sept. 20, 1937, issue of Life magazine, the dung covered the floor of a cave believed to be home to giant ground sloths, which waddled on two legs and could grow as large as elephants. Laudermilk and Munz hoped to uncover the sloths’ diet and what it might reveal about plant and climate conditions of the era. 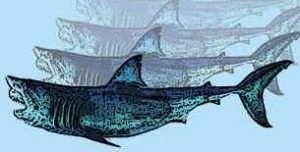 As a Pomona student, the late Lee Potter ’38 had a simple plan to pay his way through college: sell his skills embalming animals. Potter, a pre-med student, had more than four years of embalming experience by the time the LA Times profiled him on June 1, 1937. He embalmed fish, frogs, rats, earthworms, crayfish and sharks and sold them to schools for anatomical study in their labs. His best seller: sharks—once, he sent an order of 200 embalmed sharks to a nearby college. His ultimate goal was to embalm an elephant. 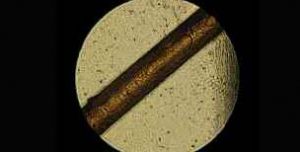 In August 1936, a Riverside woman named Ruth Muir was found brutally murdered in the San Diego woods, and the case ignited a media frenzy. A suspect claiming he “knows plenty” about Muir’s murder was found with 20 hairs that appeared to belong to a woman. In their rush to test whether the hairs were Muir’s, police turned to an unlikely source to conduct the analysis—Pomona College. Though the hairs do not seem to have matched Muir’s in the end, at least we can say: For a brief moment, Pomona operated a crime lab.