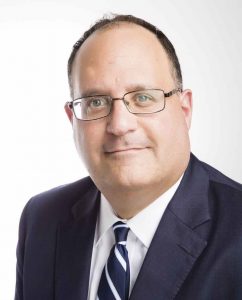 President G. Gabrielle Starr said Goldberg “will bring to Pomona vast experience, a strong sense of mission and a true commitment to people. I am looking forward to working with Rob as the College moves ahead in completing our strategic plan and creating a community in which everyone can flourish.”

Goldberg arrived at Barnard College in 2014, after a 25-year career in the federal government. At Barnard, he quickly made his mark by effectively managing a $220 million budget, leading a staff of more than 500 in areas ranging from finance to dining to human resources and information technology (IT) and working in a thoughtful and open manner with faculty, staff and students.

He oversaw the design and construction of the Milstein Center for Teaching and Learning, Barnard’s award-winning $150 million library and academic building, which opened on time and on budget last year. And just this past year he led a process to acquire a new residence hall to expand the inventory of Barnard’s student housing in New York City. He worked side-by-side with faculty committees on budgets and resources, partnering with the provost to support academic endeavors. In 2017, Barnard turned to Goldberg to serve as its interim president, a role in which he guided the College during a period of transition and oversaw the creation of Barnard’s Council on Diversity and Inclusion.

In his time as Barnard’s COO, he worked with students to help reduce out-of-pocket expenses for low-income and first-generation students. He also increased the transparency of the College’s budgeting process through regular briefings and discussions with the faculty Budget and Planning Committee, faculty meetings and student government.

“It’s important to note that with the majority of our staff members working in this division, the vice president, COO and treasurer role is a particularly important one at Pomona,” adds Starr. “Rob has a strong track record: At Barnard, he created a year-long professional development training program for new managers and worked with staff to create the Barnard Staff Advisory Council.”

Before Barnard, during his government service, Goldberg served as a senior budget official for the U.S. State Department, where he was responsible for the formulation, management and implementation of a foreign assistance budget of more than $32 billion,. He received the Department of State’s Distinguished Honor Award in 2013.

Earlier, working for the U.S. Office of Management and Budget (OMB), he was the senior career executive responsible for management of the U.S. government’s $52 billion international affairs budget, leading OMB’s work in crafting the president’s annual budget requests as well as legislative proposals for international affairs programs.

He earned both his B.A. and M.A. in international affairs from The George Washington University. 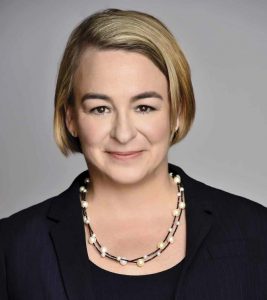 With more than 25 years of nonprofit leadership experience, Watson has followed a career path that has taken her from cultural institutions such as Lincoln Center and the New World Symphony to Fordham University and, most recently, the University of Southern California, where she served as associate vice president of development.

In her eight years at USC, she conceptualized and launched that institution’s first New York City/Northeast advancement office, led major gift and regional teams and played a key role in the success of USC’s $7 billion campaign.

In Pomona, Watson says she sees a highly successful institution with true intellectual purpose, strong values and an enduring commitment to access and opportunity—what she calls the “perfect combination.”

“In meeting students, faculty members, staff, trustees and alumni, I was struck by how deeply people care about Pomona and how deeply the College has affected their lives,” says Watson. “There is such strong sentiment for the College—we are going to work together to build a culture of philanthropic support for the world-changing work here and strengthen our ties to one another along the way. I am honored to now be part of this community of scholars, leaders, creators and innovators.”

Watson’s own interest in the liberal arts began during her undergraduate days at the University of Michigan, where she earned her B.M.A. in clarinet performance with a minor in political science. She went on to lead marketing for The Chamber Music Society of Lincoln Center, the New World Symphony in Miami Beach and the Brooklyn Philharmonic. From there, she became chief development director for Fordham University’s WFUV, designing and launching the first capital campaign for the beloved public radio station.

After opening USC’s New York office in 2011, she later moved to Southern California and joined the senior leadership team responsible for organizing, planning and executing the Campaign for USC. She has led the strategic integration and growth of USC’s central major gifts and regional teams and the securing of principal gifts for USC. Watson also has shown a deep belief in and commitment to diversity in building her teams at USC.

“Maria truly understands the liberal arts and will be an energetic and effective advocate for providing the resources that allow Pomona to be Pomona, offering the best undergraduate education anywhere,” says Starr. 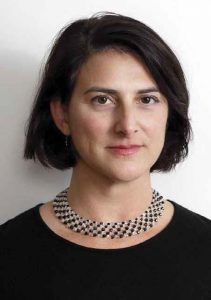 VICTORIA SANCHO LOBIS, a talented art historian, curator and administrator whose most recent curatorial appointment was at The Art Institute of Chicago, became the director of the new Benton Museum of Art at Pomona College, starting Jan. 6.

Since 2013, Lobis has served in a range of curatorial and administrative roles at The Art Institute of Chicago, and she was interim chair of the Department of Prints and Drawings in 2016-–17. She recently completed a multi-year project related to the Art Institute’s holdings of Dutch and Flemish drawings, culminating in a scholarly catalogue and exhibition: Rubens, Rembrandt and Drawing in the Golden Age.

Lobis was instrumental in developing the Art Institute’s permanent collection in the field of Dutch and Flemish prints and drawings, and she also contributed to an institution-wide effort to enhance the representation of Viceregal Latin American art.

In addition to her role as the Sarah Rempel and Herbert S. Rempel ’23 Director of Pomona’s museum, Lobis will hold a co-terminous appointment in the Art History Department.

She received her B.A. from Yale University, her M.A. from Williams College and her M.Phil. and Ph.D. from Columbia University.