As Free as We Can Be 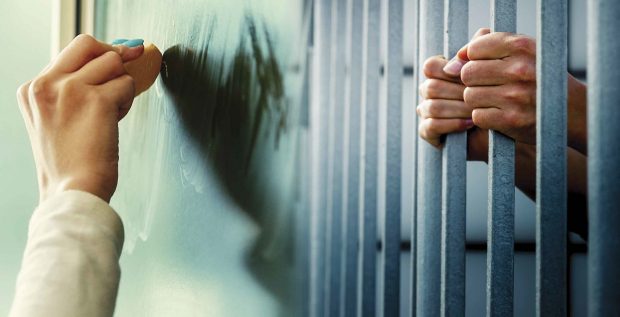 IT’S HARD TO THINK of two greater opposites than a school and a prison.

The former is about freeing the mind—the latter, about the loss of all freedom. Of the two, I believe schools are by far the more important.

Pause for a moment to imagine a world where institutions of education did not exist, and every generation had to learn from scratch the basic requirements of life, from gathering food to caring for those who are ill. Our species would not last very long at all, and the individual costs would be high. To quote Thomas Hobbes in his Leviathan, life would be “nasty, brutish and short.”

Fast forward to the world we Sagehens have inherited, where the wealth of accumulated knowledge, hard-won by humanity as a whole, is waiting for us to share, to rediscover and to build upon. In this view, education is not a luxury. It is a human necessity.

But as proud as we are of the education Pomona provides and the world-within-a-world in which we live, pause for another moment to take stock of where we are more broadly. The United States has the highest number of incarcerated individuals in the world and the largest percent of its population in prison of any country worldwide. Most of those individuals do not have access to educational opportunities, and if they do, the opportunities are largely vocational or max out at high-school level courses. However, a variety of studies have shown that participating in an educational program in prison is the single best way of avoiding a return to prison for individuals who have been released.