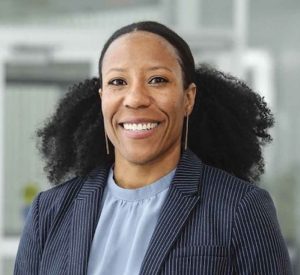 Innovative and accomplished athletics administrator Miriam Merrill will lead Pomona-Pitzer Athletics into its next era after being selected as director of athletics following a national search.

Merrill, previously the associate director of athletics at Hamilton College in Clinton, New York, also served as interim director of Hamilton’s NCAA Division III program for four months in 2019. She starts at Pomona-Pitzer on July 1, and also will be professor and chair of the Department of Physical Education at Pomona College, overseeing the joint athletic department’s activity classes, faculty/staff fitness and wellness program, intramural/club sport and recreation programs and academic offerings.

“Miriam is a collaborative and inspiring leader, and I’m confident she has both the vision and the experience to help take Pomona-Pitzer athletics to the next level,” said Pomona College President G. Gabrielle Starr.

Merrill brings broad experience in athletics and academia to Claremont. She earned a Ph.D. in the psychology of human movement at Temple University in 2019, and previously has served as an athletics director at Richard J. Daley College, a Chicago community college, and as head coach of women’s track and field at Robert Morris University in Chicago. As an athlete, she was an NCAA Division I All-American in track and field for the University of Cincinnati in 2001 and was inducted into the university’s Athletics Hall of Fame in 2012.