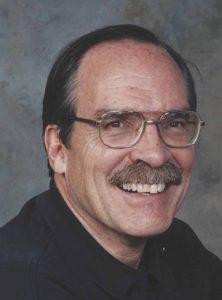 Richard Elderkin, professor emeritus of mathematics and environmental analysis, died of Alzheimer’s disease on March 9, 2020. He was 74. Elderkin was a member of the Pomona faculty from 1974 until his retirement in 2013.

One former student noted that Elderkin was “extremely generous with his time in helping me with research … he is very good at helping students put together difficult topics.” Another former student recalled Elderkin’s Classic Environmental Readings discussion-based course and said, “He always kept things interesting by guiding the discussion with provocative questions.”

A recipient of various Mellon Foundation grants for his research, Elderkin was an expert in mathematical population ecology with a research focus in mathematical modeling. Offering their collective reflections on his impact on the College’s Math Department, Professors Jo Hardin, Ami Radunskaya and Shahriar Shahriari noted that it was Elderkin, together with Emeritus Professor of Mathematics Kenneth Cook, who first gave Pomona a national presence in mathematical modeling, leading several teams to first place in the national Mathematical Contest in Modeling. “While at Pomona, he worked closely with students doing research on interdisciplinary problems and dynamical systems, generating excitement for how broadly mathematics can be used. Several of us are grateful to Rick for bringing us to Pomona College,” they wrote.

Rick Hazlett, emeritus professor and past coordinator of the EA Program, says Elderkin, who helped launch and guide Pomona’s EA Program 20 years ago, was a community-minded mathematician. “He had a great laugh, an ever approachable, attentive, good natured personality, and absolute devotion to the importance not only of teaching mathematics to his young students, but doing so in a meaningful way,” Hazlett remembers.

A native of Butte, Montana, he received his bachelor’s degree from Whitman College and his M.A. and Ph.D. from the University of Colorado, Boulder. 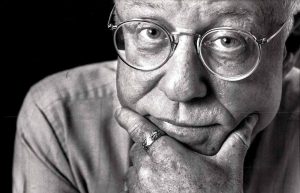 Professor Emeritus of English and Poet-in-Residence

Professor Emeritus of English and Poet-in-Residence Robert Mezey died at the age of 85. Mezey taught at Pomona for more than 20 years, and his work was published widely in The New Yorker, Harper’s Magazine, New York Review of Books and Paris Review, among others.

He once said he chose to teach poetry to stay close to the language he loved. “Getting paid to talk about poetry” is how he described his job. His courses always included reciting poetry and memorizing passages—“have them in their hearts,” he said.

Poet and memoirist Garrett Hongo, ’73 shares one of his memories. “When my second book came out, I gave a reading at the Huntley Bookstore. Bob came, sat quietly in the back row through the whole thing, then spoke to me. He said, ‘Well, I don’t know if it’s poetry, but it sure is powerful, emotionally speaking.’”

“The man swung from love to reproach, meeting to meeting, yet tenderness to others and devotion to art were his dominant traits. He lit up when the topic was the love of poetry and he shared it,” says Hongo.

Emeritus Professor of English Tom Pinney remembers Bob as a lover of good poetry. “If Bob liked a poem, he had to read it only twice and he had it memorized.”

He devoted a decade of his poetic energy to translating other people’s poetry, much of it from Spanish to English. His translations included works by César Vallejo and, with Richard Barnes, all the poetry of Jorge Luis Borges.

He received several prestigious honors such as a Robert Frost Prize, a prize from the American Academy of Arts and Letters and a PEN Prize. In addition, he received fellowships from the Ingram Merrill Foundation, the Guggenheim Foundation and the National Endowment for the Arts. 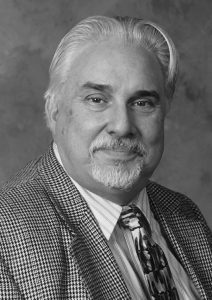 Professor Emeritus of Physics and Astronomy

Catalin Mitescu, professor emeritus of physics and astronomy, passed away Saturday morning. He was 81. A professor at Pomona for 47 years, much of it as the Seeley W. Mudd Professor of Physics, Mitescu was known for his roaming intellect, his ability to lecture on complex topics in physics without notes and his complete dedication to his students.

“Probably the smartest man alive,” one of his students once wrote. “He not only taught me a great deal of course content but shaped the way I think about science. He took a course overload to teach a class with me and only one other student in it.” Another student wrote simply: “With an incredible mind and a lot of patience, this man can do the impossible—make physics understandable.”A third student, looking back on the occasion of Mitescu’s retirement, wrote: “The scientific depth and rigor Prof. Mitescu brought to teaching were always balanced by a holistic approach to science and its philosophical underpinnings. Rarely a day goes by in my own professional life that these standards and this wisdom do not somehow echo in my mind and ask me to aim higher.”

One of Mitescu’s former colleagues, Physics Professor David Tanenbaum, remembers: “Prior to his arrival at Pomona, he had a strong bond with the rich traditions of Richard Feynman and major players in the physics community. He brought these to Pomona and developed new ones both here in the U.S. and in France at the École Normale Supérieure, where he was a frequent collaborator.

Most faculty will remember Catalin for his role as parliamentarian at faculty meetings, but he also led the Cabinet for many years and served for many years as head of the Goldwater selection committee and the advisor for the 3-2 Engineering Program.”

Mitescu was also a man of deep faith. Committed to the Orthodox Christian Church, he served as a deacon for many years at Holy Trinity Church in Los Angeles, then as an ordained priest there and administrator of the church’s St. John the Evangelist Mission in Claremont. Beginning in 1993, he served at Saint Anne Orthodox Church in Pomona, becoming archpriest in 2007. He was also engaged with the Southern California Orthodox Clergy Council, serving as secretary and president, and the Romanian Orthodox Episcopate of America, serving as president of the Spiritual Consistory and chair of the Department of Missions. He retired from the active priesthood in 2015.

A native of Bucharest, Romania, Mitescu immigrated to Canada as a child, graduating from McGill University in Montreal before coming to California to earn his Ph.D. at Caltech. 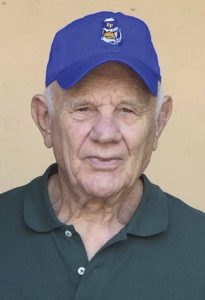 Mike Riskas, professor emeritus of physical education and former head coach of baseball, passed away on April 1, 2020. He was 85 years old.

Riskas retired from Pomona in 2003 after 42 years serving in a wide variety of roles—from coach to facilities coordinator. As an emeritus professor, he stayed connected with many of his students, following their lives and careers through correspondence. He was a special friend and aide to all his colleagues and served the Department of Athletics and Physical Education at Pomona and Pitzer Colleges to the utmost.

“Coach Riskas set the bar and gold standard in terms of what it meant to be a coach, an educator and a professional. He was a cherished and valuable mentor for so many of us through the years. But most significant, he was a dear friend,” writes Professor of Physical Education and Men’s Basketball Coach Charles Katsiaficas.

Riskas first arrived in 1961, serving as assistant football coach for 24 years and head baseball coach for 25. He was named NCAA Division III West Region Coach of the Year in 1986, as well as the Quarter Century Award from the American Baseball Coaches Association.

Riskas was known as a team player, supervising schedules, maintaining athletic facilities, arranging for transportation, meals, strength-training and other needs for all the athletic teams and directing the intramural program. He also served as chair of the Pomona-Pitzer Hall of Fame Selection Committee, administered all NCAA compliance paperwork and taught such classes as tennis, weight training, volleyball, cardio conditioning, handball, racquetball, swimming and wrestling.

Emerita Professor of Physical Education Lisa Beckett says, “There is good reason why Coach Riskas was given the nickname ‘Iron Mike.’ The strength of his character was unsurpassed. Honest, fair, generous, kind, loyal, genuine and resilient… that was Mike. Coach Riskas made a positive impact on anyone lucky enough to be around him.”

In 2001, Riskas took a three-year sabbatical from Pomona, and Major League Baseball (MLB) sent him to Greece as a coach-in-residence to develop their grassroots baseball. He helped coach the Greek national team to a 2003 silver medal in the Senior Europe Tournament, and the team qualified for the 2004 Olympic Games in Athens.