culture
From sculptors to screenwriters, creative Sagehens get the spotlight.
Home » Uncategorized » Class explores the influence and importance of Radiohead

Class explores the influence and importance of Radiohead

Pomona College English Professor Kevin Dettmar is teaching a Critical Inquiry (ID1) course this semester about Radiohead as a way to “test-drive” the idea of writing a book about the influential English rock band.  “I thought the full-immersion experience of an ID1 would be a great way for me to do all the reading, think through the questions and issues,” says Dettmar, who has three times previously taught a freshman seminar on Flashpoints in Rock ‘n’ Roll History.

In class, students discuss Radiohead’s lyrics and music, the meanings behind them and how the songs affect listeners. They’ll look at Thomas Pynchon’s novel The Crying of Lot 49 and its influence on Radiohead, as well as band’s effect on debates over such issues as climate change. 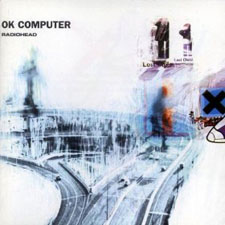 Says Dettmar: “When I heard OK Computer (1997) for the first time, the experience was powerful enough to convert me back into a rabid music fan. There was something both utterly new and at the same time so familiar about the sound of that record…. It sounded like the music I’d been waiting for all my life.”

Dettmar knows that the class has to work to stay away from becoming merely fandom. The professor recalls a conversation following a session devoted to analyzing the song “Paranoid Android.”

“I maintained that it was the first time that the band had achieved real greatness, real transcendence. A student came up after class to talk about the fact that, after all that analysis and discussion, he still really didn’t like the song. I think that’s huge: again, fan and critic are two very different jobs.”

The class, meanwhile, has its own fans. “I love getting together and just discussing music from an academic perspective with my peers,” says Grace Lamdin ’17. “He knows how to lead thoughtful discussions—and I really want to own his entire iTunes library.”

Dettmar, who wrote the textbook Think Rock, also has a forthcoming entry in the 33-1/3 book series on Gang of Four’s Entertainment! View a sample from the book here.