The New (Ab)Normal in Etiquette
December 3, 2020  by Sneha Abraham 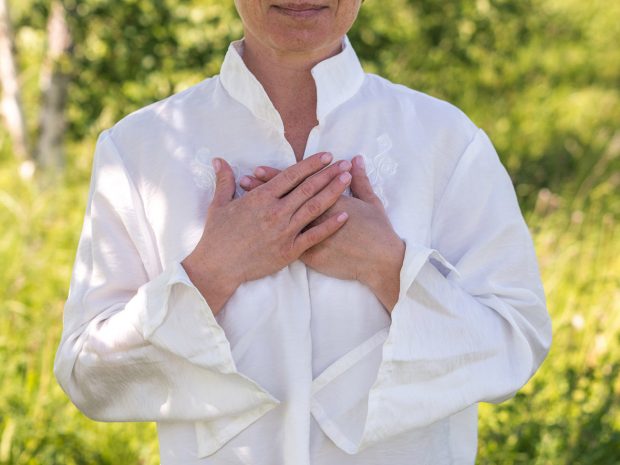 “Crickets.” That’s all Daniel Post Senning ’99 of The Emily Post Institute—great-great-grandson of the grande dame of etiquette herself—says he heard about manners the first two weeks after COVID-19 hit the U.S. hard. But etiquette-in-place soon became a thing.

The first manners-related issue that came to the institute was surrounding the touchy issue of the greeting: “Can I say no to a handshake?” Of course, says Senning. For him, that’s not a manners question so much as a safety precaution—and safety supersedes etiquette.

What is in the realm of etiquette is how you now manage a greeting, he says. He has a few pointers: Use your voice, use your words, smile with your eyes, and maybe take a cue from another culture. Senning has adopted a gesture that is common in the Muslim world: placing a hand over one’s heart and taking a small bow or offering a slight nod. “It’s really sweet. It’s really personal. It actually sets up a physical boundary—like, I’ve got you in my heart. I’m holding you close, and I’m not extending my hand.”

What about masking? Is it proper to ask someone to put on a mask? Senning says the key is to avoid shame, embarrassment or insults. “This all sounds really obvious but ‘Could you please stay away from me? I can’t believe you’re not wearing a mask,’ is a very different thing than ‘I’m so much more comfortable when people are wearing masks. Would you mind stepping back a few feet?’ Big, big difference in tone, but also in terms of how you’re setting up the relationship and where your expectations are coming from.”

When the reminder is offered in the spirit of camaraderie, good-natured accountability and humor, a gentle nudge can go far and be appreciated, he says. “The vast majority of rude behavior is unintentional and something someone would self-correct if they were even aware of the effect it was having.”

What about Zoom etiquette?

It’s a multipurpose medium, says Senning. But there are a few things to keep in mind. Whether it’s a business call from your home office (or kitchen pantry) or a personal conversation from your easy chair, you’re accountable for questions of discretion and privacy as well as distraction. You must offer the courtesy of explaining who’s in the room and whether you will be recording. “When you’re broadcasting someone’s voice into a room, you should let them know who’s hearing it, both as a question of discretion and privacy. They should know your intern is sitting there hearing every word or that you’re in a public space where people could be walking through.”

And turn on that camera to avoid the pajama assumption. Because if you don’t, “it reads very plainly that that person, for whatever reason, isn’t prepared, isn’t working in a way that they’re capable or willing to show what they’re doing at that moment.”

What you’re doing at the moment at the grocery store matters, too. During a pandemic, do you buy that first apple you touch? Yes, says Senning. Knocking on fruit and smelling it is not COVID-appropriate behavior. “It’s important to adjust our behavior and take into account others.” Doing so demonstrates a measure of grace and poise that sets people apart, he says.

Living in social isolation does raise the specter of people forgetting how to behave around others. Empathy is a skill, and researchers who study it measure vagal tone—the degree to which your heart rate fluctuates based on your mental or emotional state. Vagal tone atrophies as we have less human-to-human interaction. So our capacity to empathize and the systems that regulate our biological responses based on the emotional cues we’re getting weaken if not exercised.

But all will not be lost, says Senning, because those systems can also get stronger very quickly. Face-to-face interactions improve vagal tone rapidly. Empathy improves with practice.

So although the pandemic has turned everything inside out and upside down, including proper manners, one thing remains true about etiquette regardless of the times, says Senning: It’s about making choices that prioritize relationships.

“I like to advise people to proceed with a lot of compassion for themselves and for the people around them,” says Senning. “So, proceed with compassion and understanding, and you’ll probably be OK whatever comes up.”