Stray Thoughts: What If? 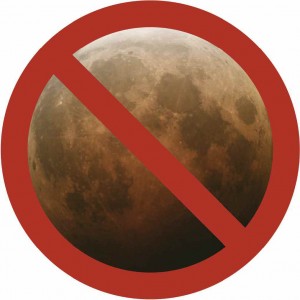 Is there any question more characteristically human than one that begins with those two little words? They may be spoken with excitement or with regret, with curiosity or with fear, but they’re always spoken with the brain in high gear—doing what human brains were meant to do: look beyond the way things are to how they might be.

In psychology, such speculations are known as “counterfactuals” or “prefactuals”—the “what-ifs” and “if-onlys” that plague us or motivate us as we reflect upon past events or try to imagine a better future.

In philosophy, they’re part of a long line of epistemological thought reaching all the way back to Aristotle.

In linguistics, they’re those strange and wonderful parts of grammar that we use to describe things and events in precise detail while acknowledging that they have not yet (and may never) come to pass.

In science, they’re the basis of all hypotheses. As such, they are arguably the foundation from which all scientific knowledge springs, and indeed, upon which the whole modern world is built.

In fiction, there’s some sort of “what if” at the heart of every work—sometimes philosophical (What if a mother had to choose which of her two children to save from the gas chamber?), sometimes scientific (What if a lone man were stranded on Mars?), sometimes historical (What if the Nazis had won the war?). There are, as you probably know, whole novels exploring each of these intriguing possibilities.

But one of my personal favorites in the “what-if” realm of literature isn’t a novel at all—it’s a nonfiction book called What If the Moon Didn’t Exist? by astronomer Neil F. Comins. The book is a series of essays, the first of which asks the question in the book’s title. (Spoiler alert: There would probably be no life, or at the very least, no life as we know it.) He goes on to address a series of other questions that would likely result in a dramatically changed world. What if the Moon were closer to the Earth? What if the Earth had less mass? What if the Earth were tilted like Uranus?

Comins concludes his book, however, with a “what if” question that crosses the boundary from intriguing speculation into scary fact: What if the Earth’s ozone layer were depleted? The picture he paints in his essay is graphic and frightening and all too probably in the process of coming true before our eyes.

As Comins notes, “the ‘what if’ process is an essential part of our ability to consider the long-term effects of our actions before we take them.”

Or in other words, the world would be a better place if more of us would pause to ask: “What if?”