This is Your Brain on Counterfactuals

Suzanne Thompson, professor emerita of psychology at Pomona, conducts research on how people react to personal threats, particularly those with delayed consequences.
December 2, 2015  by Mark Wood 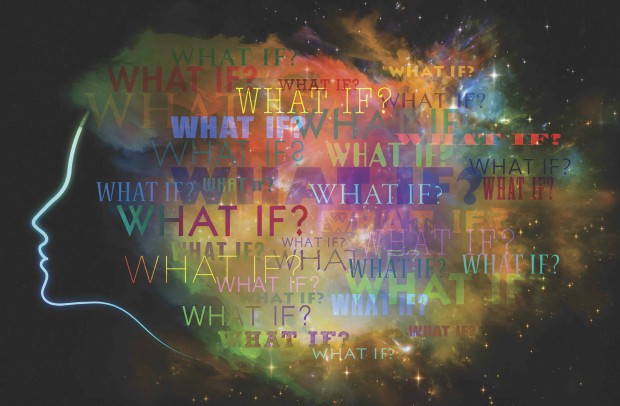 Suzanne Thompson, professor emerita of psychology at Pomona, conducts research on how people react to personal threats, particularly those with delayed consequences. She and her undergraduate research group are investigating a variety of ways in which different perceptions of threat influence the processing of threatening information and guide health and safety behaviors.

PCM: As a psychologist, how do you see the role of “what if” thinking in human affairs?

Suzanne Thompson: The theme that you’ve chosen is especially interesting because “what if” or “if only” thinking is such a basic part of human cognition. And there seem to be good evolutionary reasons for that. It has helped us develop the ability to control things, to anticipate—if I do this, what’s going to happen?—and then to carry that several steps down the line.

Or looking back, it allows us to analyze what has gone before and play out these little scenarios of what else could have happened, which is full of information about causes and effects.

PCM: What kind of research has been done in this area?

The two kinds of counterfactuals have very different effects and different advantages and disadvantages. Imagining something better tends to lead to unpleasant emotions—regret or maybe self-blame. And if it involves other people’s behavior, we might blame them. That’s the downside, those negative emotions and reactions.

But the upside is that there’s a lot of information there about what we can do to change things in the future, and people can use that. One study asked college students about the kinds of counterfactuals they were making for their grade on the first big exam. Then the researchers followed them for the rest of the semester, and found that the students who had made upward counterfactuals felt more regret and blame, but also tended to have a stronger sense of control and got better grades over the course of the semester. That gives support to that idea that upward counterfactuals are very useful.

In contrast, the downward counterfactuals—“it could have been worse”— led to more positive emotions, but were not as instructive. They didn’t have useful information about how to change your behavior to get a better outcome.

ST: That’s right. Research has also looked at what we “undo” in a counterfactual. We tend to look mainly at our own behavior, maybe because we have more control over that or it’s more useful. We also tend to undo things that happened fairly close to the event. And if something unusual happens—if you had a break in your routine or took a different route to work and then got into an accident—that’s what’s going to pop out as something to undo.

PCM: What about people who get obsessed with their “what if” thoughts?

ST: Yes, it can get pushed too far. There are people who get immersed in “what if” and “if only.” For people who have gone through some traumatic event, like losing a loved one in an automobile accident or to disease, it’s very common initially to do this kind of counterfactual thinking. It seems useful early on, but if people are still doing it years later, it’s a sign of not coping very well. It is better to get your information, and then get out and not get stuck in the “undoing” side of things.

PCM: Are there certain kinds of situations that tend to provoke counterfactual thoughts?

ST: Research has shown that near misses are particularly powerful. There’s a classic example that I use with my classes. Mr. Crane and Mr. Tees are going to the airport and they both get there a half hour late and miss their plane. When Mr. Crane gets to the airport, he finds that the plane left on schedule, a half hour before. When Mr. Tees arrives, he finds that his plane was delayed, and he just missed it. Almost everyone recognizes that Mr. Tees would feel worse, even though the situations are identical in terms of what happened to them. But emotionally, psychologically, we pick up on the fact that it could have so easily have been different, and that has a big impact on us.

Another good example comes from an article that was in the L.A. Times maybe 10 years ago about a guy playing the lottery who always played the same number again and again, and then one day he doesn’t and his number wins. And we all understand what that would feel like—that near miss. In fact, the Oregon lottery uses that as a slogan in some of their ads: “What if your number won without you?”

PCM: Have you thought about how counterfactual thinking connects with your own research about possible threats somewhere in the future?

ST: In a 2002 study, I examined people’s reactions to 9/11 a year after the event. And I found such amazing variety—from people who weren’t fazed at all to people who were highly sensitized to danger because of the event and were never going to fly again. That got me interested in individual differences—how we don’t all think about threats and the future the same way.

We all know people who are very sensitized to threat and also people who just brush it off, easy deniers. It is possible that those who have a great sensitivity to future threats are using anticipatory counterfactuals, and anticipating bad outcomes that could happen. For others who are not so sensitized to threat, the possible negative outcomes just don’t occur to them. A little bit of anticipating threats is a good thing, but a whole lot of thinking about every possible future threat—“if I do X, this bad outcome could happen”—can be paralyzing.

People who get more anxious about threats are more likely to protect themselves, which is good, but they may not be as discriminating about what really is necessary. You can see this play out in society sometimes. Around the time when AIDS was first identified, we didn’t know a lot about it, but medical researchers did know that it wasn’t easily spread. You can be in the same room with someone, even touch them, but not be at risk. But many parents wouldn’t let their kids go to school with another child who was identified with AIDS or had a relative with HIV or AIDS. Sensitization to threat can lead to that type of over-reaction.

It is easy to see how this ability to play things out and anticipate outcomes allows you to identify more negative things that could happen, and that can heighten anxiety and lead to over-reactions. My research has not yet tied threat hypersensitivity to counterfactuals, in particular, but now that I have talked with you about this, it is something I want to do. Does the hypersensitivity to threat come from being very prone to counterfactuals and especially prone to ones in which you play out the scenario to a negative ending?

PCM: There’s one aspect of “what if” thinking that we haven’t discussed yet. That’s the fact we also do it for fun—like in this issue of the magazine. We read counterfactual stories. And we play games, like chess, that are all about pre-factual scenarios.

ST: Chess is a good example. You’re following a line of thought with all the branches and possibilities. What chess masters can do—thinking many moves ahead—is an amazing ability. Because counterfactual and prefactual thinking are such important abilities from an evolutionary viewpoint, it makes sense that we find them rewarding. The fun is our incentive for practicing these very useful ways of thinking.