The Making of The Martian 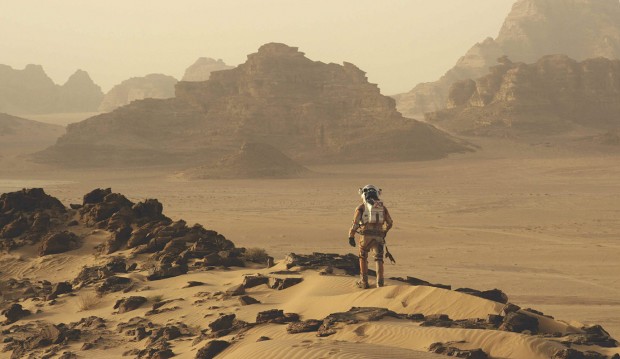 When producer Aditya Sood ’97 came across writer Andy Weir’s self-published book The Martian in 2013, it was selling on Amazon for 99 cents a download. Sood read the book and knew he had found something incredible—this is part of his job: find great, new material and projects to turn into movies.

The film The Martian, starring Matt Damon, opened on Oct. 2 and is now a box-office hit making nearly $100 million worldwide on opening weekend.

“When I read The Martian, I was blown away,” says Sood. “It is one of the best books I have ever read. I hadn’t seen anything like this, it’s a warm, human book which is so rare in science fiction, which can be a cold and distant genre.”

Sood, who is the president of Genre Films, brought the story to his company partner Simon Kinberg, and soon had Twentieth Century Fox behind it. With an incredible screenplay written by Drew Goddard, they were able to get Matt Damon and director Ridley Scott on board. 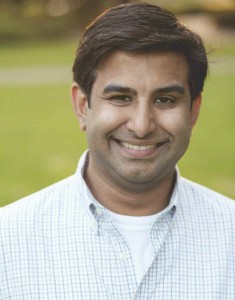 “We gave the script to Ridley Scott on a Friday and by Saturday, he called us to say he was in. Six months later, we were in Budapest starting filming,” recalls Sood.

Many of the positive reviews of the film highlight the accurate science and meticulous research that makes The Martian so good.

“More than anything, I’m just happy that we were able to translate Andy’s book into a movie that captured all of its values,” says Sood. “I wasn’t a science major at Pomona, but I’ve always loved science, and I get frustrated when movies don’t get science right but The Martian does. It tells a story that is entertaining and scientifically accurate—we used science to tell the story.”

Sood did major in Philosophy, Politics & Economics (PPE) at Pomona, but he took it upon himself to pursue his passion of films, signing up to receive the Hollywood Reporter in his school mailbox, and interning at New Line Cinema and Dreamworks. Sood passed over film school to come to Pomona and valued what the liberal arts had to offer.

“The greatest thing about Pomona was taking classes in any field. I’d always wanted to be an astronaut for the first 12 years of my life and so I took Bryan Penprase’s astronomy class my first year, which was great,” says Sood.

But Pomona holds a fond spot in his heart for more than academics. It was at Pomona that as a sophomore he met Becky Chassin ’98, his future wife.

“I was a sophomore with a terrible room draw, so my friends and I got doubles in Lyon. She was in a sponsor group right next door to us,” remembers Sood. “We introduced ourselves and became good pals. We were good friends through college and it wasn’t until many years later that we started dating. We got married three years ago.”

Along with the success of The Martian, Sood also recently celebrated the birth of his son, who he says “will hopefully be Pomona class of 2037.”

Sood has some advice for students wishing to make it in films: “Read everything you can—things that are movie-related, screenplays, books about the business, blogs, trade papers.”

He also tells students to find a group of like-minded friends who are into the same thing, friends who you can share information and experiences, and network with.  That’s where 5C Claremont in Entertainment and Media (CEM) comes in. CEM recently organized a special screening of The Martian with a Q&A with Sood open to CEM and Pomona alumni.

“It’s incumbent upon students to figure that part out. It only helps you when you’re sharing experiences and information, that’s really valuable.”