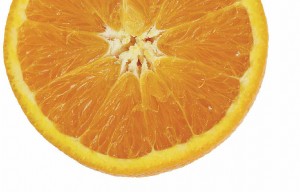 Is Vitamin C better for you than an orange? Are omega-3 fatty acids more important for your diet than the fish they come from? This may sound like topsy-turvy nutritional logic, but a new study from Cornell University and Pomona College found participants judged individual nutrients as healthier than the whole, natural foods that contain them.

Published in the Journal of Health Psychology, the study by professors Jonathon P. Schuldt of Cornell University and Adam Pearson of Pomona College was sparked after the research partners read Michael Pollan’s book, In Defense of Food, in which the author speculates about an effect he dubs “nutritionism.”

Schuldt and Pearson devised a study to put this idea to the test: Two groups of research participants read an identical description of a moderately-healthy young man, but one group was told he made sure to include a variety of healthy foods in his diet, like bananas, fish, oranges, milk and spinach. For the second group, those foods were replaced with nutrients associated with those foods: potassium, omega-3 fatty acids, vitamin C, calcium and iron.

The group that read about the nutrients considered the man to be at significantly lower risk of developing a number of leading chronic diseases, including heart disease, diabetes, cancer and stroke—and study participants who described themselves as diet-conscious or who had higher SAT/ACT scores were even more inclined to do so. The results aren’t surprising, Pearson said, in a society where people are constantly bombarded with health claims about nutrients and supplements. People who are more diet-conscious may be especially attentive to and influenced by these claims.

“It points to the insidious ways that the marketing of nutritional information can actually be harmful,” Pearson said. “If we are biased toward privileging the low-level properties of a food, we may overlook the many other healthy aspects of eating whole, natural foods.” 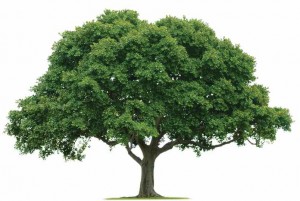 For their capstone project, a group of graduating seniors in Pomona College Professor Char Miller’s Environmental Analysis 190 class went out on a limb last spring and sought to map all of the public trees in the city of Claremont, sometimes called “The City of Trees and Ph.D.s.” The result is a convenient online guide mapping more than 24,000 trees and serving as an educational resource for the community.

Ben Wise of the Tree Action Group of Sustainable Claremont, a local nonprofit, contacted the Environmental Analysis (EA) Program and proposed that a team build a digital inventory and guide to city street trees. Wise’s aim was for people to see a tree in Claremont and then have a way to find out more about it.

So together, Alison Marks ’15, Naomi Bosch ’15, Nadine Lafeber SC ’15 and Sydney Stephenson CMC ’15—with help from geographic information system (GIS) specialist Warren Roberts at Honnold/Mudd Library—developed a website called Claremont Urban Arboretum (claremontsurbanarboretum.wordpress.com ) complete with an interactive GIS map and information on many of the life histories and origins of the tree species lining Claremont streets.

Environmental Analysis majors must complete two capstone projects: one individual and one group. “EA 190 is a group initiative defined by a real client with a real problem that must be resolved by the end of the spring semester,” says Miller, director of the EA Program. The aim is to push students to synthesize all they’ve learned over four years and translate that knowledge into action, he says.

Miller says public awareness about trees is a live issue, especially these days. “Claremont, the self-described City of Trees, has had a long love affair of the arboreal. But the current and crushing drought has made it essential that the community know more about the trees that are rooted into our stony soil,” he says.

Once Upon a Time in the Cambrian 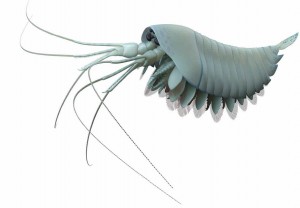 Once there was a lobster-like predator with two pairs of compound eyes and large, toothed claws that prowled the Cambrian seas. After its death, its fossil lay waiting in a place now known as Marble Canyon—a newly discovered part of the renowned Canadian Burgess Shale deposits—for more than half a billion years before a team of researchers, including Professor of Geology Robert Gaines, brought it to light once more.

In a paper published last spring in the journal Palaeontology, Gaines and his co-authors announced the discovery of this strange new creature, named Yawunik kootenayi. Gaines was also part of the team that discovered the Marble Canyon deposits last year.